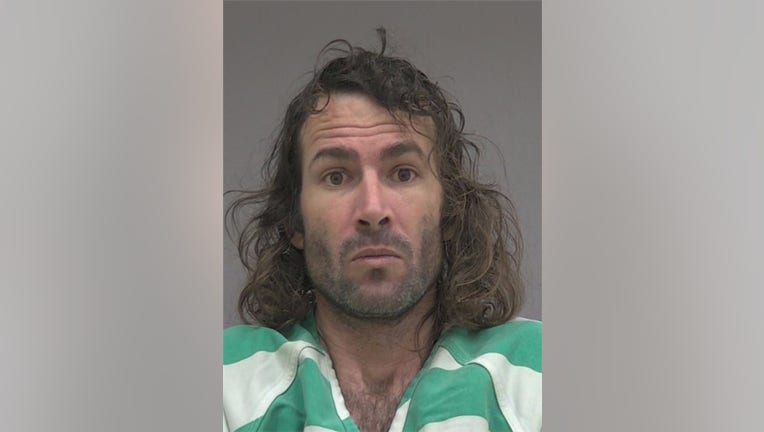 ST. PETERSBURG, Fla. - A Florida man was arrested after deputies found a woman who had a hatchet protruding from her head on Tuesday.

Michel Dougherty, 40, was charged with one felony count of Attempted Second Degree Murder.

According to the Pinellas County Sheriff's Office, deputies responded to the area of 24th Street North in St. Petersburg around 10:30 a.m. That's where they reportedly found the victim, a 56-year-old woman, with a hatchet in her head. She was taken to the hospital with life-threatening injuries.

Florida home to 'most dangerous' tree in the world

The suspect, later identified as Dougherty, fled from the scene prior to deputies arrival, the sheriff's office said. Deputies said Dougherty's vehicle was found near Gainesville.

Detectives said Dougherty was pulled over by an Alachua County deputy around 3 a.m. Tuesday where he was taken into custody.

Dougherty was charged with one felony count of Attempted Second Degree Murder. He was taken to the Alachua County Jail but will be transported to the Pinellas County Jail at a later date.

Donna Voye – who said the victim is her baby sister – posted a photo on Facebook identifying her as Lisa Rogers Eaton. In the post, Voye said she and her family are in Florida to say their final goodbyes as doctors have said Eaton "has no brain waves and will have no quality of life."

"So we will support our brother-in-law in turning off her life support and allow he to join our parents in heaven with our parents, grandparents, great parents, aunt's, uncle's, and cousins."