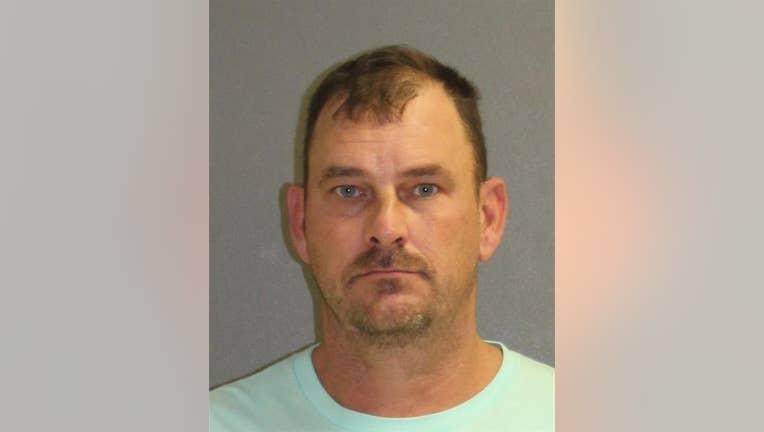 DELAND, Fla. - A Florida man is facing charges after he shot and killed two of his fiancée’s dogs and tried to make a 16-year-old boy shoot one of them, deputies said.

The Volusia County Sheriff's Office said that deputies responded on Saturday to the Daytona Park Estates area of DeLand. A 16-year-old said that he was at the home of 49-year-old William Petty over the weekend.

Petty reportedly got into an argument with his fiancée. He then loaded up two of her dogs and drove them into a wooded area in DeLand. There, deputies said that he pulled out a revolver and shot one of the dogs. He then instructed the 16-year-old with him to do the same to the second dog. The teen shot at the ground instead though.

The sheriff's office said that following this, Petty took the gun back and shot the other dog. Deputies retrieved the dogs, who were both deceased.

MORE NEWS: Deputies: Graves accessed at Florida cemetery during what was likely a ritual

Petty was not located until Sunday in Port Orange.

“There are words to describe how heinous of a crime this is,” said Volusia County Sheriff Mike Chitwood. “His actions show he had no compassion, so no compassion should be shown to him at all."

At his first appearance Monday, a judge ordered he be held without bond. He faces six charges, including felony cruelty to animals and child abuse.