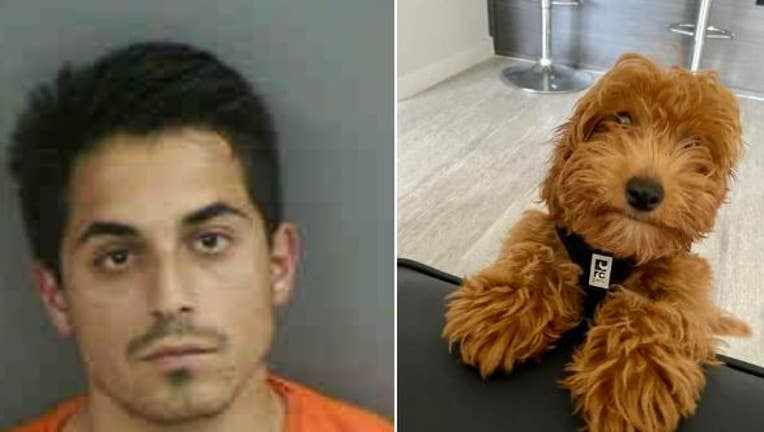 COLLIER COUNTY, Fla. - A Florida man has been arrested after deputies say he beat his puppy to death in what the sheriff's office is calling one of the worst cases of animal abuse it has seen.

The Collier County Sheriff's Office says the investigation began after being contacted by animal services about a suspected case of abuse involving the puppy. Garon and his girlfriend reportedly brought Buzz Lightyear to an emergency pet hospital in late July, but were unable to explain its injuries.

"The puppy was wet, disoriented, and unable to breathe normally," the sheriff's office said. "The dog was unable to stand or pick its head up. A veterinarian examination revealed possible head trauma, bruising to the right ear and mouth, and muscle damage throughout the body."

Despite treatment, the puppy died at the hospital from its injuries.

A veterinarian's report stated that Buzz Lightyear's death was caused by "non-accidental, blunt force trauma to the head and body with secondary internal hemorrhage. I believe he suffered significantly from his injuries before death."

Investigators determined that Garon had inflicted the injuries.

"This is one of the worst cases of animal abuse we’ve seen," Sheriff Kevin Rambosk said. "No animal should ever have to suffer such a death."