The Escambia County Sheriff’s Office says the ‘animal’ who tried to snatch a girl at her bus stop in West Pensacola Tuesday morning has been captured.

WEST PENSACOLA, Fla. - A 30-year-old Pensacola man remained behind bars Wednesday after investigators say he tried to kidnap an 11-year-old girl at her bus stop in the Florida Panhandle.

The Escambia County Sheriff's Office said the suspect, Jared Paul Stanga, is charged with attempted kidnapping of a child under 13, aggravated assault, and battery.

Sheriff Chip Simmons said Stanga has a lengthy criminal history, including sexual abuse of a child.

"This animal is off the street," Simmons said in a press conference late Tuesday night. "We can once again applaud the efforts and resilience of that 11-year-old girl." 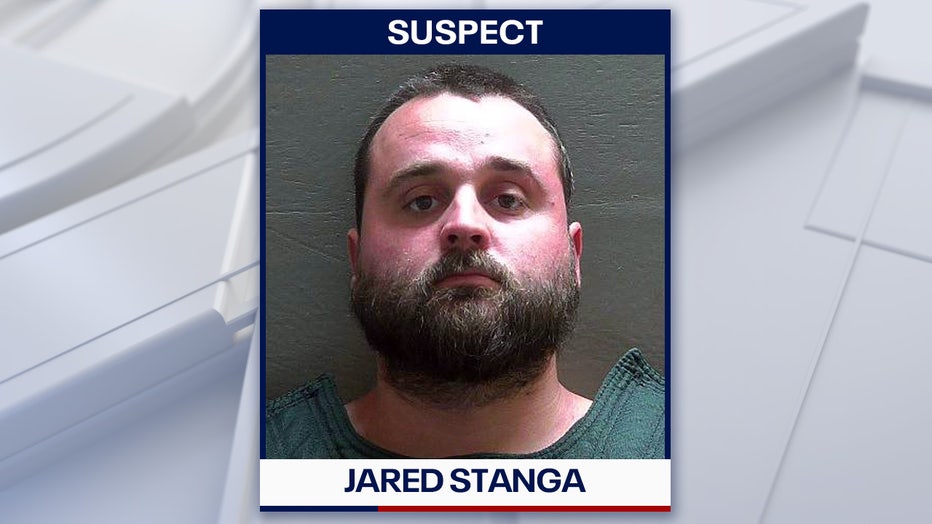 Security video showed the child sitting in the grass at her bus stop in the Pensacola area around 7 a.m. Tuesday morning, playing with blue slime.

As she waited alone for the bus, video showed a white Dodge Journey drive past, then turn around and park feet away. A man could then be seen getting out and running toward the girl, grabbing her and trying to carry her to his car.

The 11-year-old was able to fight off the man, who investigators said had a knife. The sheriff said she wiped some of the blue slime she'd been playing with at the time on the suspect's arm as she tried to escape.

Deputies eventually tracked the vehicle down to an Escambia County home, finding the SUV freshly painted -- possibly in an attempt to evade capture.

When investigators took the suspect into custody Tuesday evening, the sheriff said Stanga still had blue slime on his arm.

Two weeks earlier, the victim told her principal that a man in a white vehicle had pulled up to her bus stop and talked to her. It's unclear if Stanga is the same man from that incident.

Wednesday, a judge set Stanga's bond at over $1.5 million, with $1 million of that for the attempted kidnapping charge, $500,000 for the aggravated assault charge, along with $5,000 for the battery charge.

If released, Stanga will be placed on a monitor and will not be allowed to have unsupervised contact with anyone under 18.

His next court appearance is set for June 10.