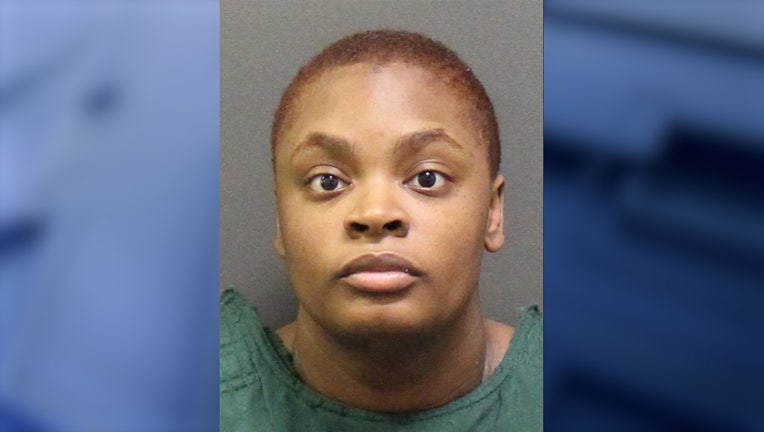 ORLANDO, Fla. - A Central Florida mother is facing charges after her young child was found dead inside an Orlando hotel room, according to police.

Carlisha Anderson, 25, was arrested by the Orlando Police Department on multiple charges including second-degree murder and aggravated manslaughter of a child.

According to court documents, the incident happened on Nov. 15 in a hotel room. The report redacted the specific address.

Authorities said they received a 911 call from Anderson who reportedly said she killed her baby by suffocation. When law enforcement and fire and rescue personnel arrived, Anderson was found inside a hotel room, armed with a knife.

The affidavit stated Anderson began stabbing herself multiple times, and officers had to use their taser to get her to drop the knife. When fire and rescue went inside the room to help Anderson, they found the boy's lifeless body on a bed. He was taken to Arnold Palmer Hospital where he was pronounced dead.

On Dec. 1, the medical examiner deemed the child's death a homicide.

During an interview with Anderson, she reportedly told police that she went to sleep with her child and woke up and realized he wasn't breathing and tried to resuscitate him.

She was booked into the Orange County jail on Thursday, jail records show.