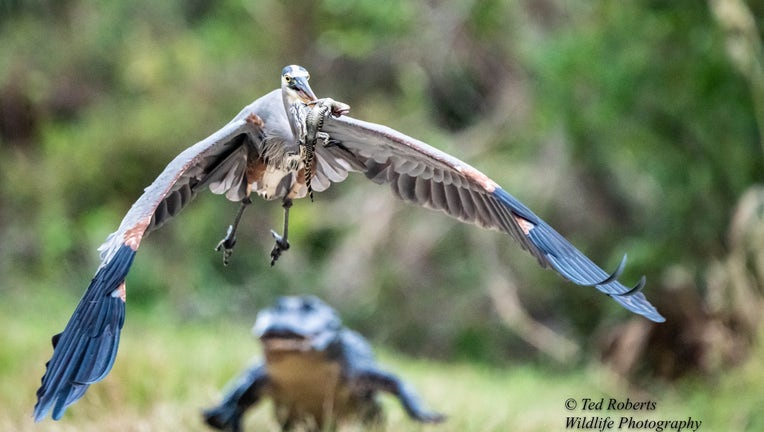 ORLANDO, Fla. - A Florida wildlife photographer captured an incredible picture of a great blue heron flying off with a baby alligator in its mouth while at the Orlando Wetlands Park on Sunday.

"While waiting between tours we heard a commotion and saw a Great Blue Heron jump out onto the road with a baby Alligator in its mouth followed closely by the angry mother Alligator futilely giving chase,"  photographer Ted Roberts said in a Facebook post.

An entire 5-foot alligator was found inside an 18-foot Burmese python on Florida, as seen in shocking video that has gone viral on Instagram.

According to the Florida Fish and Wildlife Commission, baby alligators can be eaten by a variety of predators including wading birds, raccoons, otters and fish.

In 2017, another photographer captured a video of a heron eating a baby gator during a visit to the Viera Wetlands near Melbourne. Watch below: