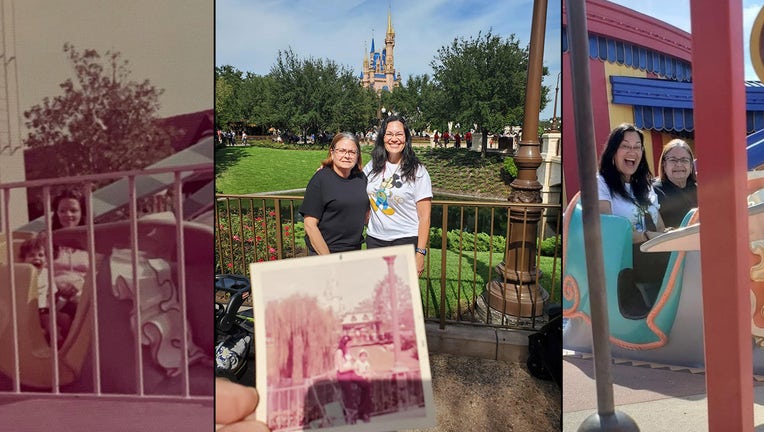 ORLANDO, Fla. - A Florida woman who visited Walt Disney World as a toddler in 1972 with her parents decided to recreate the magic they had that day – 49 years later!

It was November 1, 1972 when Ivette Alvarez's parents brought her to Magic Kingdom. The trip was one year after the park first opened in Florida. 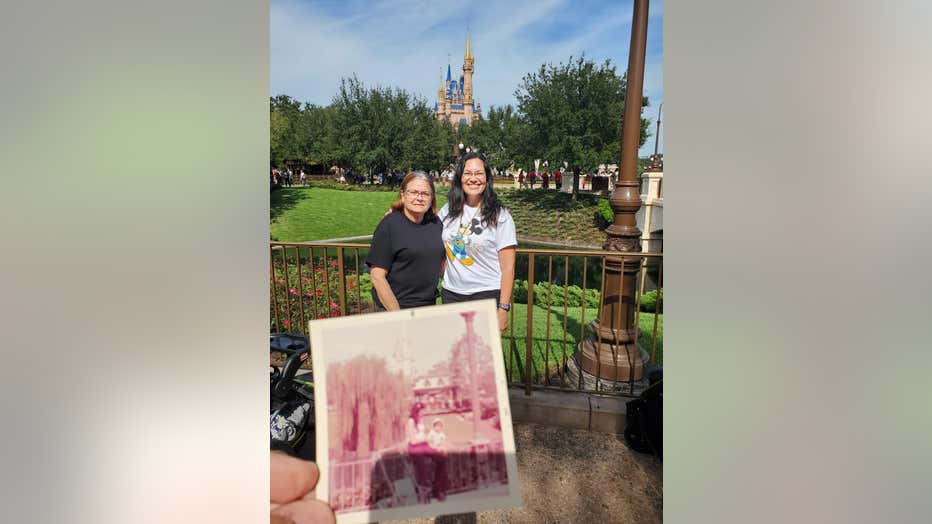 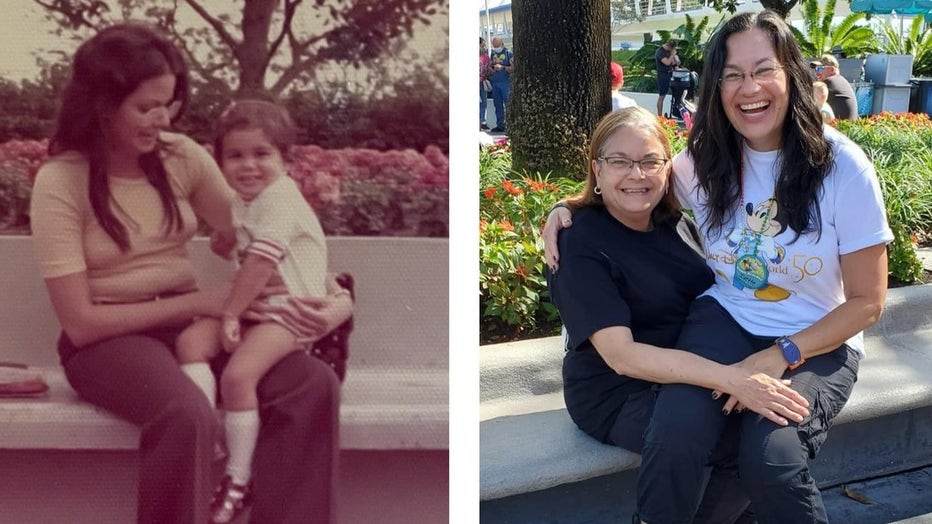 Luckily, she has the photos that captured her pixie dust moments. With Walt Disney World celebrating its 50th anniversary, Alvarez said she had an idea.

"We had never been back on a November 1st, which was the date of our first visit in 1972. On this last trip, we went for Halloween and my birthday, and I thought it would be fun to go back to the same spots we had been 49 years earlier." 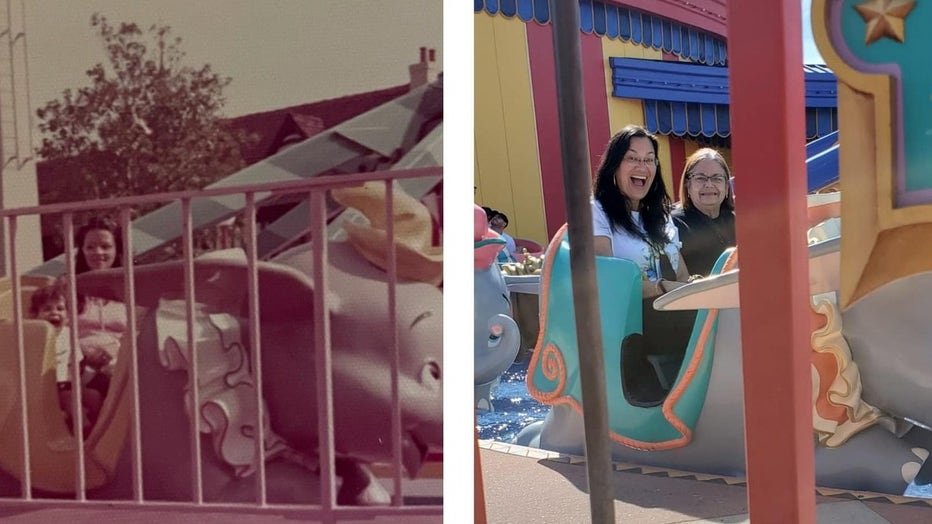 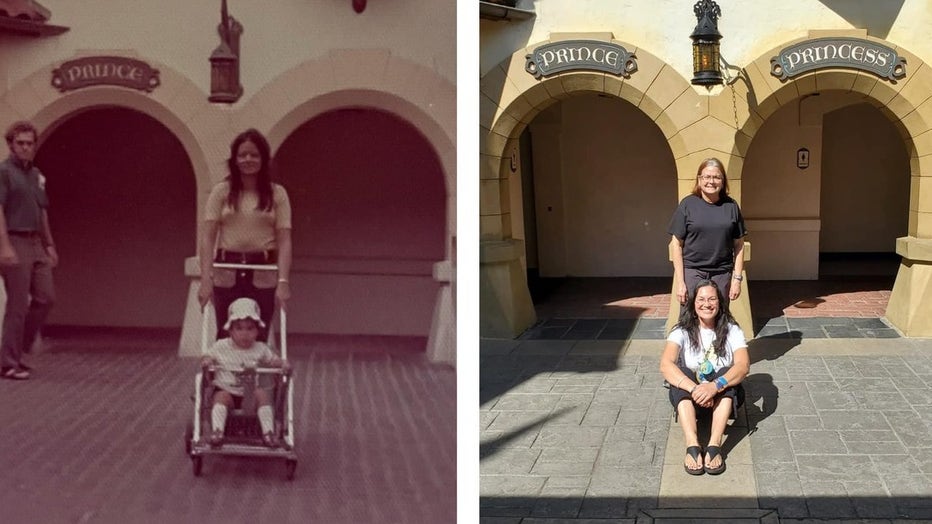 And so they did just that!

First on the agenda was snapping a photo in front of Cinderella Castle – standing in the same spot they did 49 years ago. Their magical adventure took them all over the park, recreating the decades-old photos at the Dumbo the Flying Elephant ride, The Hall of Presidents, and the Prince Charming Regal Carrousel. 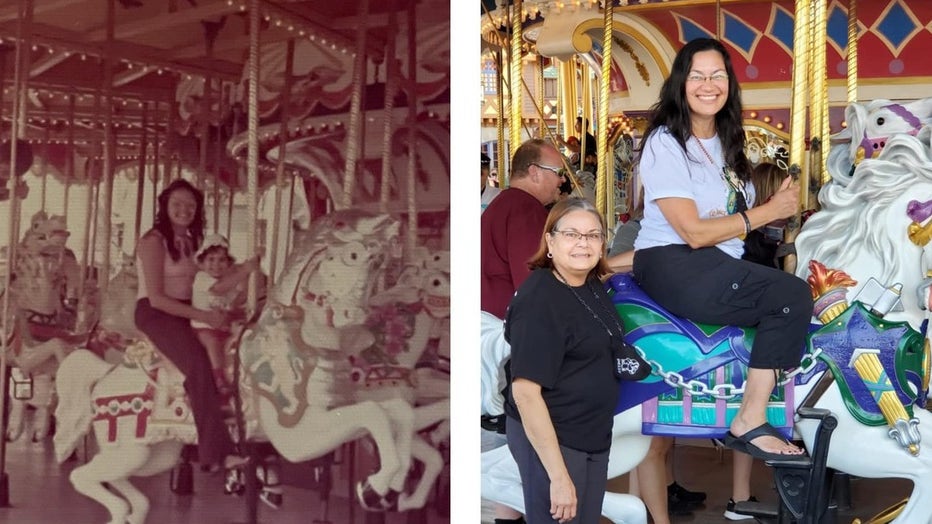 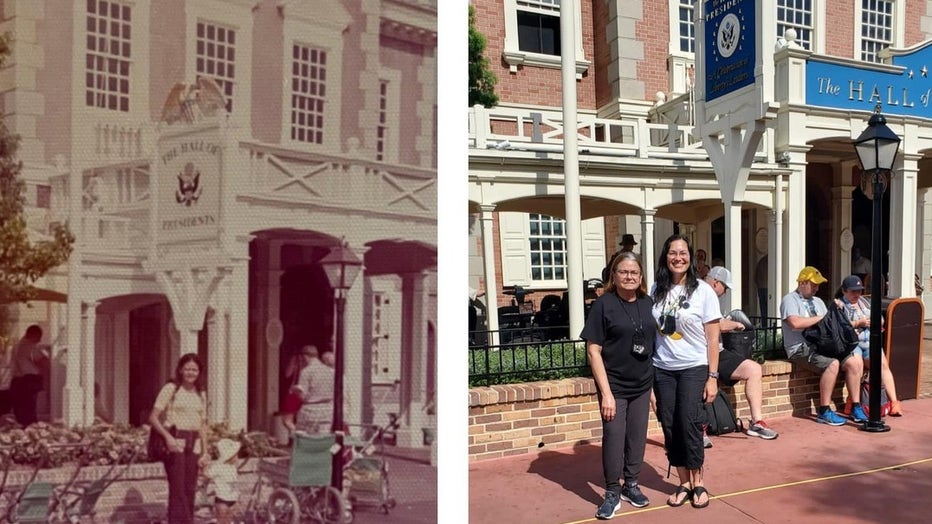 "We had so much fun recreating these moments!" Alvarez wrote on Disney's annual passholders Facebook page. "49 years of Disney Magic with my parents! Some spots have changed over the years but we did our best to match up with the original. How blessed are we to have been able to do this 49 years later?!"

Alvarez says she and her parents are huge Disney fans and that a lot of her memories growing up centered around making trips to Walt Disney World from Miami. 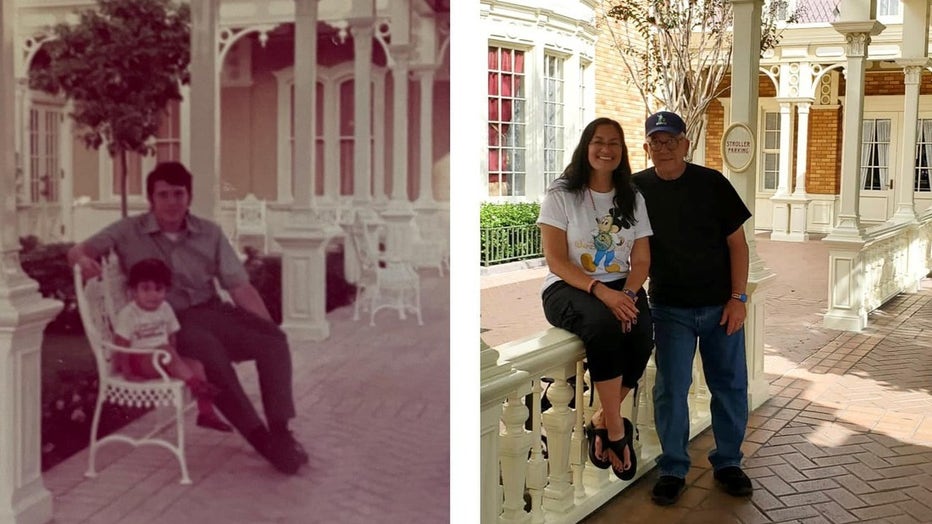 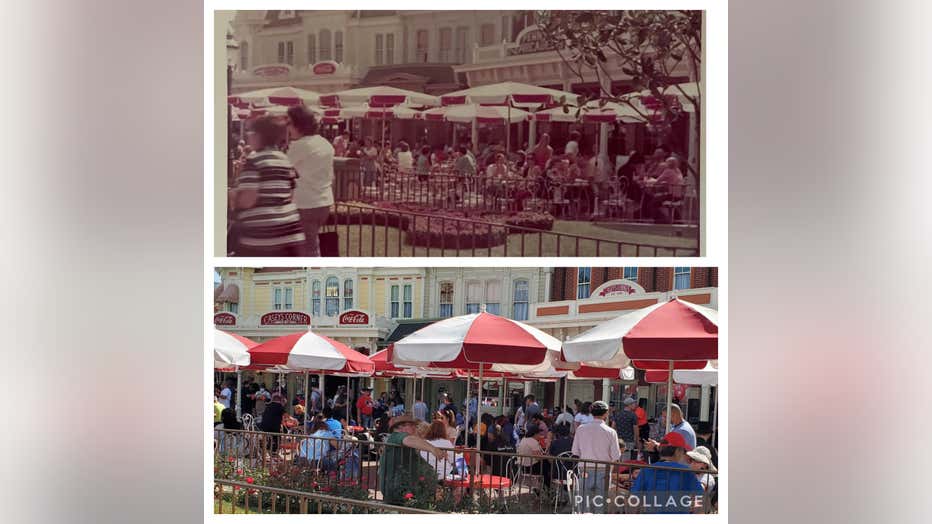 "I have vivid memories of sitting at our dining table on a Friday night and my dad asking, ‘do you want to go to Disney tomorrow?’ It was so exciting!"

Her photos have garnered lots of attention on Facebook, but for Alvarez, sharing her magical memories is about more than just going viral.

RELATED: 50 years of Disney magic: Your guide to 'The World's Most Magical Celebration'

"I am blessed to still have my parents with me, and if 2020 taught us anything, it’s that life is delicate and can change in a blink of an eye, so you have to take advantage of these special opportunities!"

Now that she's a mom, Alvarez says she plans on carrying on the tradition and recreating the photos of her son's first trip to Disney World when he gets older.