A local man says he deferred his mortgage under the CARES Act, and his credit score dropped dramatically.

SEMINOLE COUNTY, Fla. - Florida’s Chief Financial Officer is getting involved to ensure Floridians’ who take advantage of loan deferments under the CARES Act do not have their credit scores negatively impacted.

The move comes after a Florida man said he and his wife’s credit scores dropped nearly 200 points after he deferred his mortgage payments under the CARES Act.

Tod Caviness said he and his wife were trying to buy a home in Sanford back in November when his wife got an alert. "We were back and forth negotiating and my wife gets an alert on her phone and finds that her credit rating with Experian has dropped from 752 to 568."

Caviness said over the next couple days his wife’s credit scores with TransUnion and Equifax also fell by about the same amount and his credit scores followed suit.

"We find out the reason is that Cenlar has reported our mortgage in delinquency for the entire balance of the loan. 225-thousand dollars of it," he said. 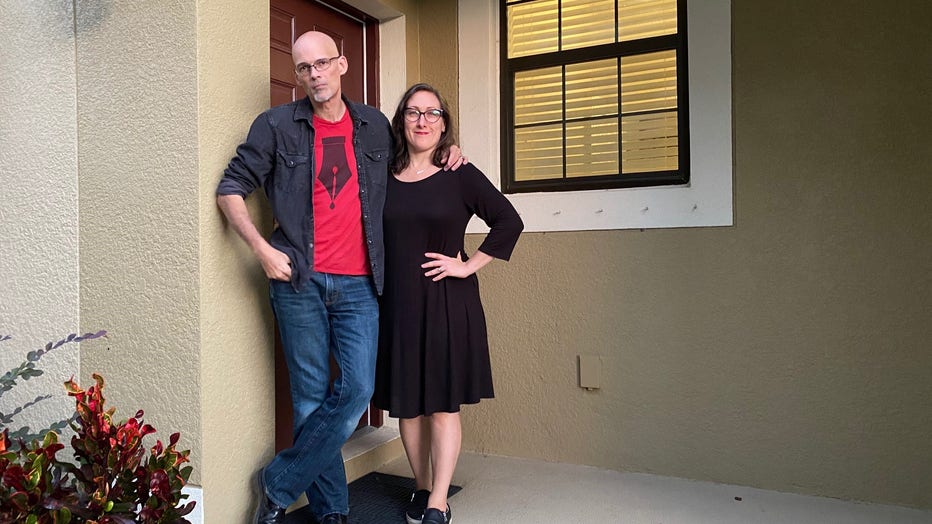 Caviness said the problem started when he and his wife applied for mortgage forbearance under the Coronavirus Aid, Relief and Economic Security (CARES) Act.

"My wife is a physical therapist and she lost work because of the Coronavirus. We knew things were going to be tight."

Caviness said they were current on their mortgage payments and got approved for a three-month forbearance. He said their mortgage servicer, New-Jersey based Cenlar, assured them it would not affect their credit.

Caviness said they came out of forbearance early and made a mortgage payment in mid-November. Shortly after, they were in negotiations to buy a new home when they discovered their credit scores had dropped significantly and reached out to Cenlar.

"When we were finally able to get a human being, they admitted it was a mistake," but Caviness said Cenlar did not explain how the error happened.

Instead, he provided FOX 35 with an unsigned fax that he said was from Cenlar. In the letter it stated, in part, that "an inaccurate account status was reported to the credit reporting agencies during the pandemic forbearance period."

The CARES Act includes language that protects the credit scores of people taking advantage of loan deferments or forbearance.

FOX 35 News reached out to Cenlar several times via phone but was not able to reach anyone.

Florida Chief Financial Officer Jimmy Patronis said he was floored when he heard what happened.

"That’s a garbage response. I mean, are the financial institutions and credit agencies living under a rock? People have been given this flexibility by, in some cases, state government or federal government."

Patronis said he is having the Office of Financial Regulation look into the matter to ensure it does not happen again.

"I don’t want to run your credit agency but know this. If you’re hurting the citizens of the state of Florida we will make you stand to and do right by them," Patronis said. "People are going through a very different struggle like they’ve never seen ever before and we need the financial institutions to acknowledge that and be proactive with a solution."

Patronis said the Office of Financial Regulation will be contacting the members of the agencies it works with and is polling them to see what they are doing internally, look for consistencies and common practices that could be implemented across the board.

Patronis said, "Enough attention comes to this, [maybe] you get a memorandum of understanding between our office and the financial institutions saying… we hear it. We understand it. We dropped the ball. Over the next 8 to 12 months we’re going to go in and make sure we’re reviewing every single notice of delinquency or notice in change of credit and make sure there’s a footnote saying we were contacted."

After a month of back and forth, Caviness said he and his wife’s credit scores are finally back to normal but during that time they had to move out of their Bradenton home because it sold and they lost their bidding place for the home in Sanford.

Caviness said they are now staying with his sister and got a second opportunity to buy the Sanford home. He said they are hoping to close on it soon.

"Our fingers are crossed."