A social justice group has filed a lawsuit against Florida Gov. Ron DeSantis and others two days after a bill was signed to create tougher penalties for people who participate in violent protests.

Orlando Civil Rights Attorney Aaron Carter-Bates filed the suit on behalf of the non-profit advocacy group, "Lawyers Matter Task Force." He said the new laws are unconstitutional and "nothing more than an attempt to silence the Black Lives Matter movement and other civil organizations by limiting their ability to protest."

Governor DeSantis signed the anti-riot bill into law on Monday. It increases penalties for crimes committed during protests and makes it harder for local governments to defund the police. It allows authorities to prevent arrested demonstrators from posting bail until after their first court date. It also creates new crimes like mob intimidation and protects drivers if they drive through protestors blocking roads if the driver fears for their safety. 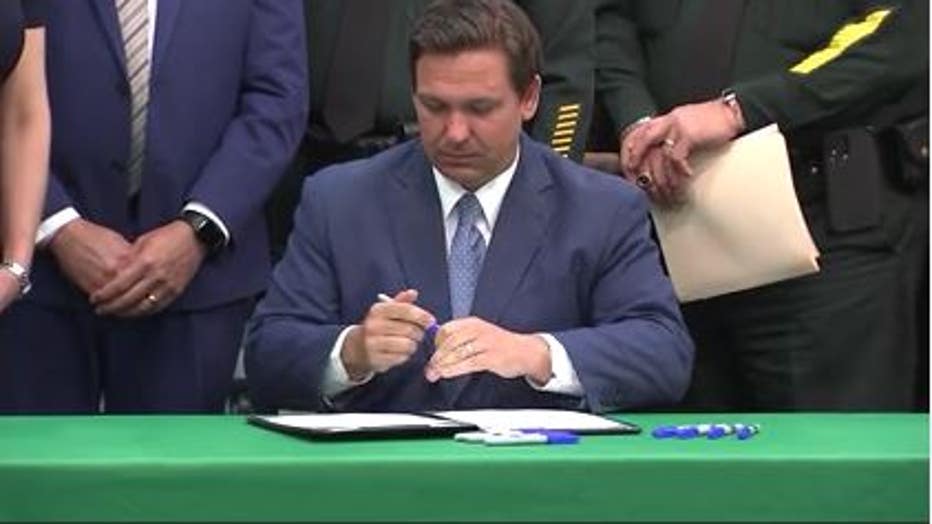 "Anybody who wears the uniform in service of protecting the public, [this bill should] make very clear, the state of Florida stands with you," Governor DeSantis said Monday. "If you riot, if you loot, if you harm others, particularly if you harm a law enforcement officer during one of these assemblies, you’re going to jail."

The lawsuit claims the new laws are "unconstitutional on their face. They target protected speech under the First Amendment [and] they are written with the intent of defining any such protest as a ‘riot’ or participation in such protest as ‘inciting a riot.’"

The suit claims the laws would make those arrested subject to "excessive bail, fines, or cruel and unusual punishment as a means of hindering the speech of dissenting opinions," in violation of the Eighth Amendment. The lawsuit says the new laws are also in violation of the Fourteenth Amendment’s due process provision.

Supporters of the new laws say they protect people’s right to peacefully protest and are necessary to combat public disorder.

"The advocates of what they like to call the mostly peaceful protests want to allow these folks to terrorize us and our communities," Florida Representative Randy Fine (R-Palm Bay) said. "They can advocate for riots and looting, and we’ll fight them every step of the way."

A spokesperson for the Orange County Sheriff’s Office said "as it relates to Sheriff Mina, this lawsuit is without merit… Accordingly, we intend to file a motion to dismiss."