Obama will travel to Orlando to campaign on behalf of the Democratic Presidential nominee Joe Biden and his running mate, Kamala Harris.

Joe Biden's team confirmed on Sunday that Obama will travel to Orlando on Tuesday, October 27th, to campaign on behalf of the Democratic Presidential nominee Joe Biden and his running mate, Kamala Harris.

He will reportedly hold a drive-in car rally and encourage Floridians to make a plan to vote.

Obama was in Miami on Saturday as both Biden and Trump make a final push for Florida.

"Ten days Miami, 10 days until the most important election in our lifetime," the former president told supporters. "This election requires every single one of us. What we do in these next 10 days will matter for decades to come." 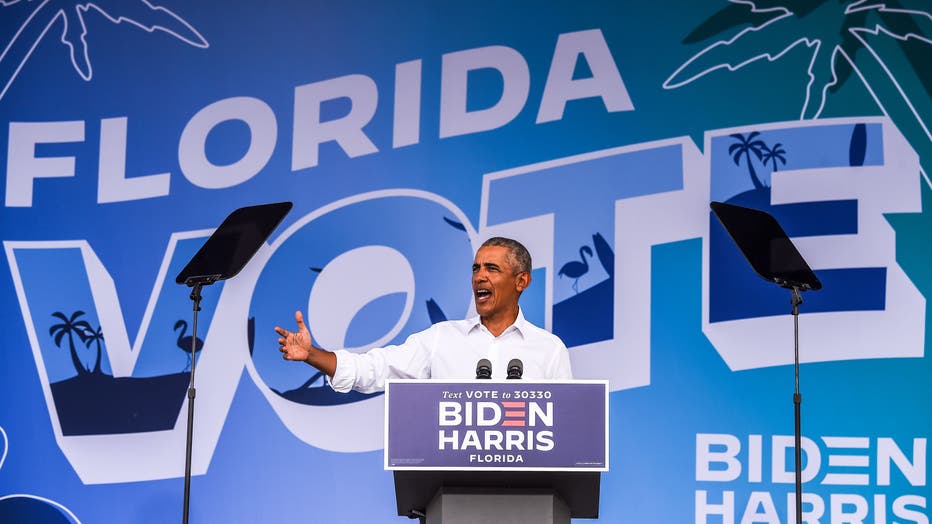 The former president encouraged voters to cast their ballots early either with a mail-in ballot or at early voting sites across the state.

Both President Donald Trump and his Vice President Mike Pence were also in Florida on Saturday.

The President voted early in West Palm Beach Saturday, saying afterward that he cast his ballot for “a guy named Trump." The Vice President spoke in Lakeland, underscoring the importance of the Sunshine State's 29 electoral votes.

The president arrived at a West Palm Beach, Florida polling location to vote in the 2020 election before heading off to rally supporters in three other critical battleground states.