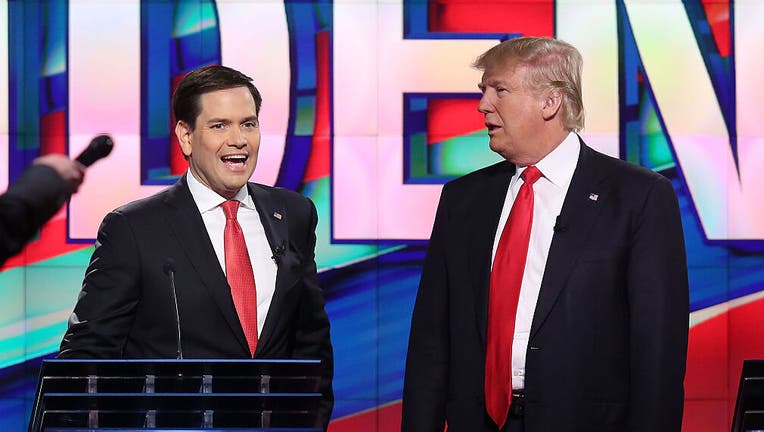 "It is my honor to give U.S. Senator Marco Rubio my Complete and Total Endorsement. Marco has been a tireless advocate for the people of Florida, fighting to cut taxes, supporting our Second Amendment, our Military and our Vets, a strong national defense, and all of the forgotten men and women of America. Marco worked with me to reform the VA and help our small businesses grow, and with his help, we achieved the lowest ever unemployment for women, African Americans, Hispanic Americans, Asian Americans, and almost all Americans. Together, we worked closely with the Cuban and Venezuelan communities, and have made great progress. He also ruled that "President Trump was in no way involved with Russia," as he presided over the Senate Intelligence Committee on the FAKE Russia, Russia, Russia Hoax. Marco will never let the great people of Florida, or our Country, down!"

Rubio ran for president in 2016 against Trump and debated on stage with him before dropping out of the race.