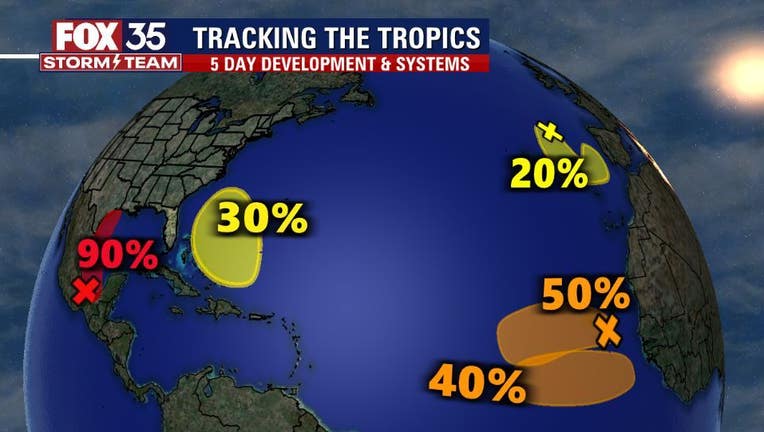 ORLANDO, Fla. - Things are heating up in the tropics.

The first is a tropical wave that is producing a large area of disorganized showers and thunderstorms over portions of Central America, southeastern Mexico and the adjacent waters of the northwestern Caribbean Sea and southern Gulf of Mexico. Forecasters say the system has a high chance of developing.

"A tropical depression is likely to form on Sunday or Monday while the disturbance moves northwestward and then northward near the coast of northeastern Mexico," the National Hurricane Center said on Saturday.

RELATED: Buckle up, Florida: NOAA says September is the most hurricane-prone month

Further development will be possible through the middle of next week if it remains over water, and western and northwestern Gulf coast states should monitor the progress of this system.  An Air Force Hurricane Hunter aircraft is scheduled to investigate the system on Sunday. 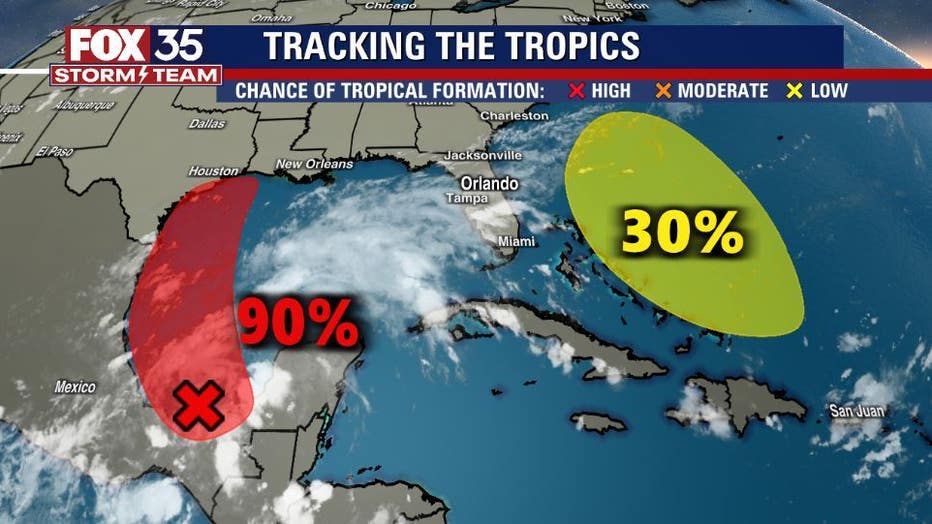 Another tropical wave with high chances of development is located just southeast of the Cabo Verde Islands. The NHC says this system also could develop into a tropical depression late this weekend or early next week while the system moves westward over the far eastern Atlantic.

The third wave being watched is expected to move off the west coast of Africa in a few days. Some development of this system will be possible through the middle of next week while it moves westward across the eastern tropical Atlantic Ocean. 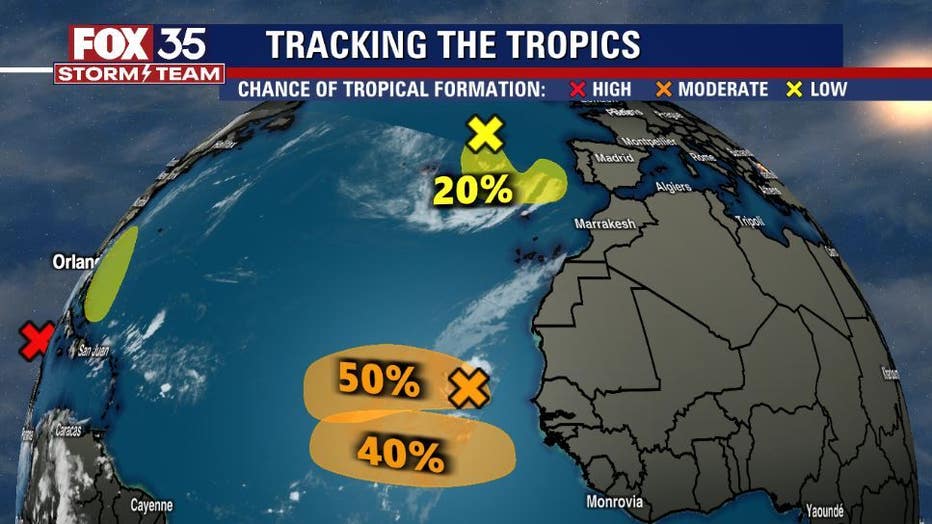 The fourth system is an area of low pressure that is expected to form near the southeastern Bahamas in a few days. Gradual development of this system is possible thereafter as it moves northwestward across the western Atlantic, the NHC said.

Sept. 10 was the official peak of hurricane season. So far, we have already had 13 named storms during a hurricane season that forecasters predicted would be above-normal. If another one forms, the next name on the list is Nicholas.

"We're fair game until Nov. 30. Stuff can happen and it can happen late in the season."