BREVARD COUNTY, Fla. - A funeral will be held Friday for 23-year-old Brevard County Deputy Austin Walsh, who was accidentally shot and killed by his roommate – a fellow deputy with the agency, the sheriff's office said.

Sheriff Wayne Ivey said Deputy Walsh was fatally shot after his friend "jokingly" pointed a gun he thought was unloaded at Walsh and pulled the trigger. Sheriff Ivey identified the roommate as Deputy Andrew Lawson, who was arrested by FDLE officers and booked into jail on one count of manslaughter with a firearm. He is reportedly being held on no bond. 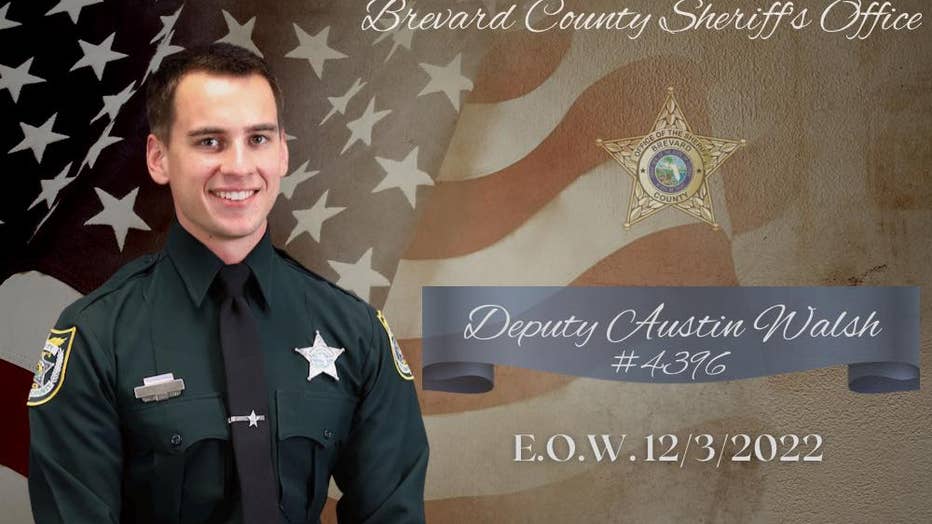 "Austin and Andrew were the best of friends and Andrew is completely devastated over what happened, said Sheriff Ivey. "Even with that, there's no excuse for this tragic, avoidable death."

According to Ivey, Walsh and Lawson were playing an online video game with their friends early Saturday morning. They decided to take a break. At some point, Lawson pointed a handgun he thought was unloaded at Walsh and fired a single round, which struck Walsh, killing him instantly, Ivey said.

Brevard County deputy was shot and killed by roommate, who is also an officer

Deputy Lawson called 911 and told dispatchers that he accidently shot his friend and needed help, Ivey said, and was "fully distraught and devastated."

"Austin was such a great kid and our hearts are broken over his loss. He will be deeply missed by our agency and our community," Sheriff Ivey said, noting that he had been with the agency since 2018, and dreamed of becoming a deputy sheriff.

At the same time, Ivey said the shooting itself was reckless, dumb, completely avoidable, and had now forever changed the lives of two people.

The funeral will be held at the First Baptist Church Merritt Island at 2 p.m.