It was a shocking and unsettling sight near Gainesville High School Friday, where more than 20 years ago, Officer Scott Baird was killed in the line of duty. His memorial stone was discovered not only knocked over but destroyed.

GAINESVILLE, Fla. - The Gainesville Police Department (GPD) is asking for the public's help to find out who vandalized a memorial stone dedicated to a dead police officer. 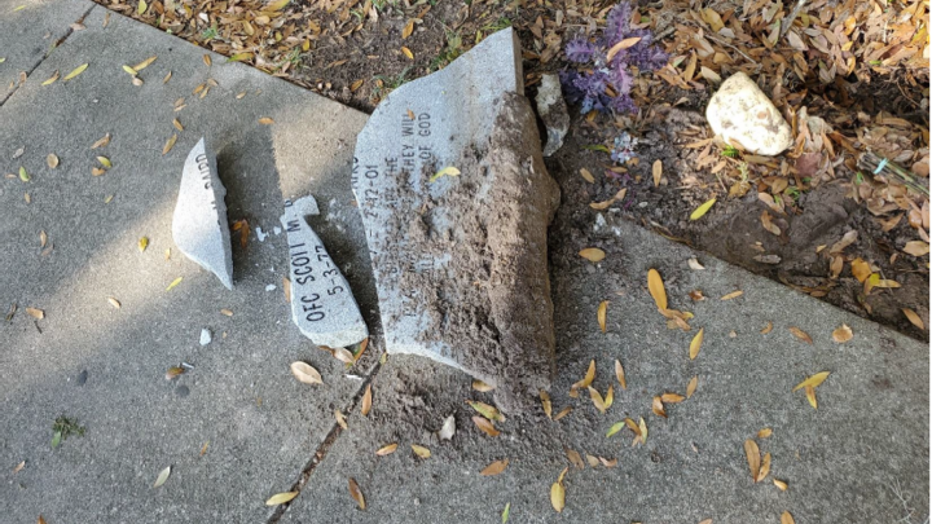 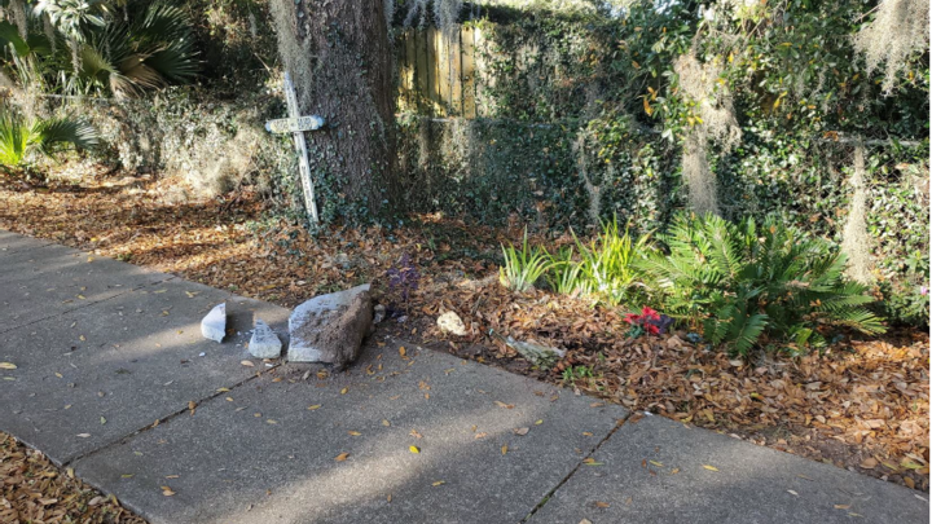 The memorial stone was originally placed there by Gainesville neighbors after Officer Baird was tragically killed while trying to move a batting cage out of the roadway.

His fellow officers, family and friends recently gathered on February 12 of this year to commemorate the 20th anniversary of Officer Baird's death in the line of duty.

Anyone with information regarding who might have destroyed the memorial stone is asked to contact GPD Officer Welch at welchcj@cityofgainesville.org.