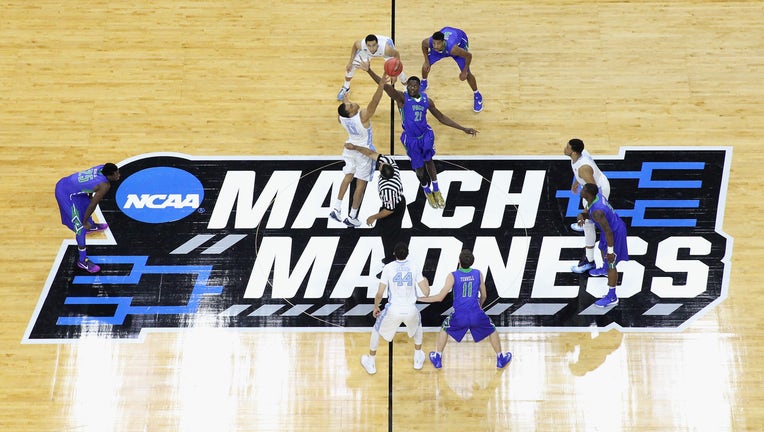 RALEIGH, NC - MARCH 17: A general view of the the tip-off between the Florida Gulf Coast Eagles and the North Carolina Tar Heels during the first round of the NCAA Men's Basketball Tournament at PNC Arena on March 17, 2016 in Raleigh, North Carolina.

The NCAA March Madness tournament is back this year, with the first official tip off on March 18. The tournament will play out over the next couple of weeks leading up to the national championship on Monday, April 5.

To help keep your head in game mode, Tubi has hours of basketball-related content for you to stream for free. From the life stories of some famous players to big game replays, here are some of the titles available on Tubi.

CampusLore Live Basketball (2020) - Hear from former and current NBA stars each week as they talk about their NCAA days and offer insight and analysis on today’s college game.

1000 to 1: The Cory Weissman Story (2014) - Cory Weissman (David Henrie), a student at Gettysburg College, returns to the basketball court after suffering a stroke.

Life Without Basketball (2019) - A controversial court ruling forces a Muslim American college basketball star to choose between her faith and her dreams to play professionally.

LeBron James: King of the Court (2020) - The legendary basketball star showed promise back in high school, before going on to make a name for himself as one of the greatest in the game.

Manchild: The Schea Cotton Story (2020) - Celebrated for his basketball skills as a teenager, it seemed Schea Cotton had the world ahead of him. But things didn’t go as he imagined.

Ray Jr's What If?: The Damon Stringer Story (2020) - Known as Ohio’s Mr. Basketball in the early 90’s, this is the story of a talented high school athlete who faced many highs and lows.

Something to Cheer About (2002) - This powerful sports documentary tells the story of the Crispus Attucks Tigers, the first all-black high school basketball team to win a US state championship.

Big Ten Classics: Michigan vs. Michigan State (2020) - The epic match-up between the Spartans and the Wolverines produced some of the most exciting, talked-about moments in college basketball.

Viewers can watch anything from retro TV shows to Hollywood blockbusters, all completely free.