Good Samaritan reunited with father, toddler he pulled from wreckage

Three months ago, Eddie Rivera and his young son, Leo, and others were inside a vehicle that rolled several times as they were on the way to Flagler Beach for the Fourth of July.

PALM COAST, Fla. - "I never knew how exciting it was to stand. It’s a blessing, for real," said Eddie Rivera is recovering from a crash that briefly left him in a coma.

Three months ago, Rivera and his young son, Leo, and others were inside a vehicle that rolled several times as they were on the way to Flagler Beach for the Fourth of July.

"On the second flip, I ended up flying out of the top of the Jeep and I smashed my head on the concrete twice, and I slid with my whole body," Rivera explained.  "What the doctors told me is that I have a 20% chance of life and that they had to kinda reconstruct my head to make sure that I wasn’t going to die on the operating table." 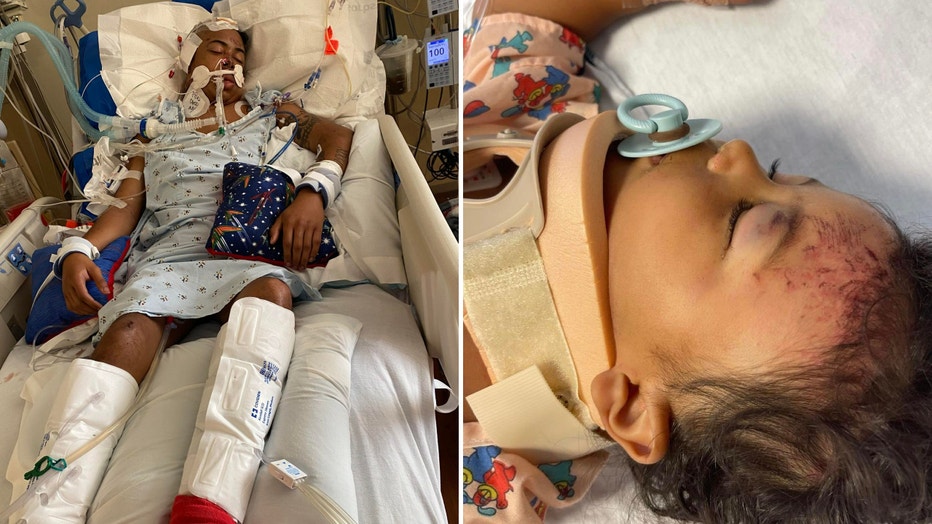 Leo suffered a broken leg and is recovering just fine. That's thanks to the perfect stranger who stopped to help get the toddler from the Jeep on the day of the crash.

"[A] Fourth of July I’ll never forget…seeing a Jeep flipped, multiple people on the ground," said Wisguere Dormevil, who was one of the first people on the scene. The good Samaritan rushed in to help. "God put me in that right place and the right time." 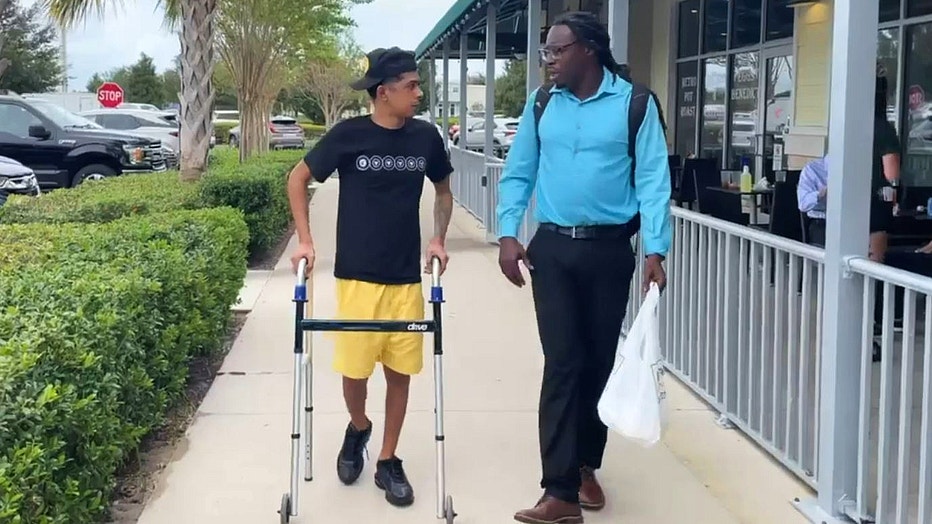 Recently, the trio reunited under better circumstances. "It was emotional, just being able to do something for someone that you’ve never met, then being able to see them in a different light where it wasn’t such a rush, and you’re not waiting for an ambulance," Dormevil added.

He is a father himself and couldn't be happier to be reunited with the toddler.  "It was very exciting. I wanted to give him the biggest hugs."

Rivera, who was not wearing his seatbelt before the crash, wants others to learn from his mistake. 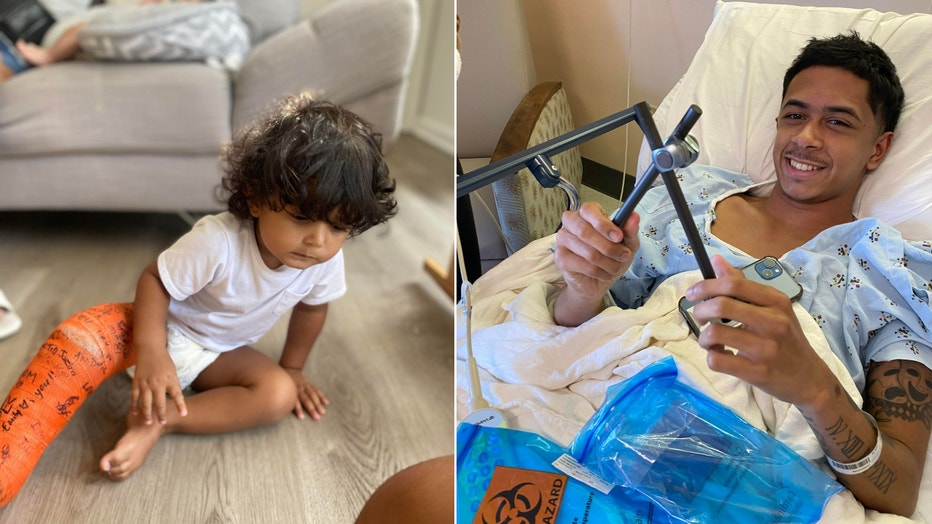 "Wear your seatbelt, regardless of any situation, any circumstance, whether you’re in the back seat or the front seat. That seatbelt may… it could save your life."

Dormevil wants to do more for the Rivera family. Some proceeds collected at "Island Fest" this Saturday in Palm Coast will go to help pay for Rivera and Leo's hospital bills.