They say the investigation began in July 2021 when one of the victims – an elderly man living in Delray Beach – discovered that someone used his identity without his knowledge to purchase a vehicle at Daytona KIA. The investigation uncovered that seven vehicles were illegally purchased with the stolen identities of elderly people who are either deceased or living in other parts of Florida. 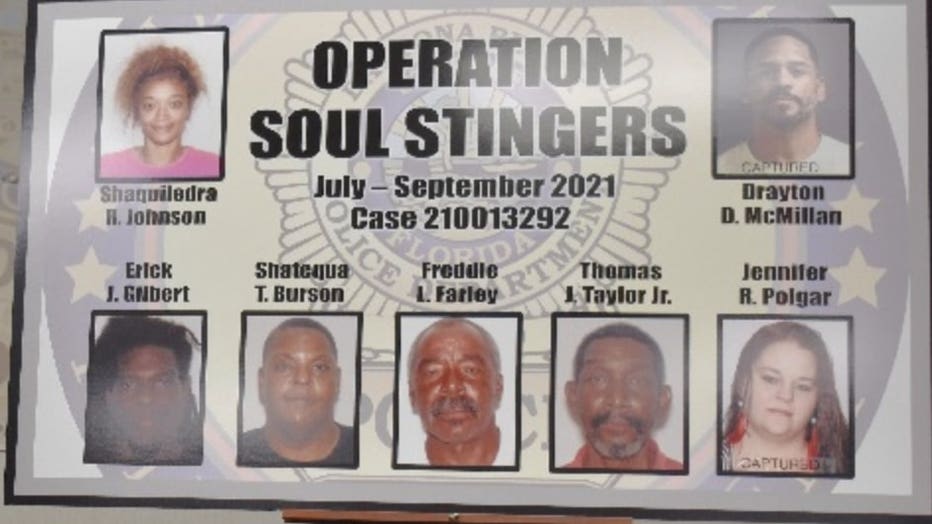 "To take advantage of anyone like this is reprehensible, but especially those who are elderly," Chief Young added. "Our fraud detectives did great to sort through this maze and we couldn’t have done it without the help of our law enforcement partners."

Police say all but one of the illegal vehicle purchases – which total out to over $350,000 – happened at the Daytona KIA dealership between July 2021 and September 2021, according to Daytona Beach Police Chief Jakari Young.

Investigators believe this group, led by McMillan and 26-year-old Shaquiledra R. Johnson, obtained the social security numbers, driver’s license numbers and other kinds of personal information from 9 victims so they could drive away from the dealerships with these vehicles.

"The defendants created fake identification cards and papers which they handed to dealership employees in order to open credit lines which were then used to obtain the seven KIA vehicles from the dealerships," police said. "Those include three Stingers, two Souls, a Forte and a K5."

They are now in the process of arresting five of the seven defendants involved. Two have already been captured.

The case is still active as investigators believe there are potentially at least 70 more victims.