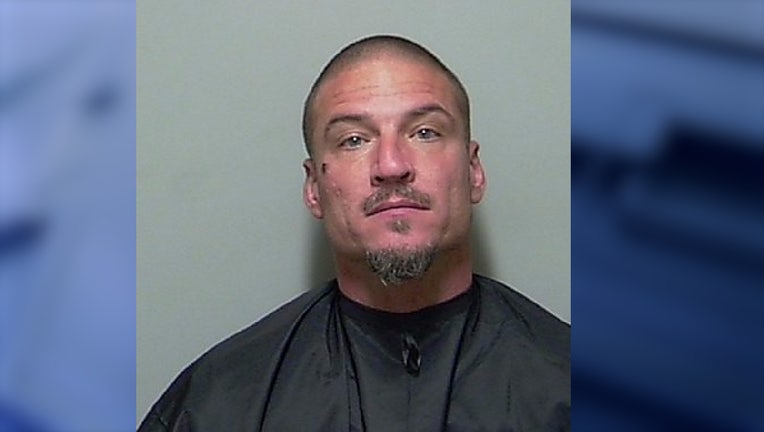 PUTNAM COUNTY, Fla. - Ronald Cummings, the father of Haleigh Cummings – a 5-year-old girl who vanished from her Florida home in 2009 and has never been found – was arrested on Christmas Day after allegedly pushing a deputy and knocking his agency radio to the ground, according to the Putnam County Sheriff's Office.

The 39-year-old was taken into custody on multiple felonies, including battery on a law enforcement officer, resisting an officer with violence, and obstructing police by depriving means of communication. The arrest comes just months after he was released from prison in October after serving 12 years for trafficking heroin and other illicit drugs.

According to the sheriff's office, a deputy and fire and rescue personnel responded to a single-car crash with a possible vehicle fire at the intersection of Sisco Road and Olivia Lane in Pomona Park, an area nearly 75 miles south of Jacksonville, Florida.

When they arrived, the deputy found Cummings – who appeared unconscious – sitting in the driver's seat of a running Hyundai Sonata, with a bottle of Hennessy liquor in his lap, an arrest report stated,

The car appeared to have hit a nearby road sign, deputies said.

The sheriff's office said the deputy tried to restrain Cummings, who reportedly had hit the deputy's radio, knocking it to the ground, preventing the deputy access to it.

The deputy was able to take Cummings to the ground and handcuff him with the help of fire and rescue. It was then that Cummings allegedly began rapping to the deputy, "You think I’m scared of prison."

Cummings was taken to a hospital for medical clearance and was later booked into the Putnam County Jail, where he faces additional charges of trafficking amounts of oxycodone, and possession of a controlled substance without a prescription, after the drug was found on him, an arrest report stated.

During his first appearance in court, Cummings was given a $185,000 bond.

"Despite being given a clean slate after serving his time in prison, Ronald has returned to his old ways and is a menace to our community," Sheriff H.D. ‘Gator’ DeLoach said in a statement. "He not only put lives in danger with his actions, he also attempted to endanger our deputy and medical personnel coming to assist him after he chose to drive while under the influence. Some people do not take the second chances they’ve been given to change their lives and his actions reflect this. I hope we can move swiftly to put him back in prison." 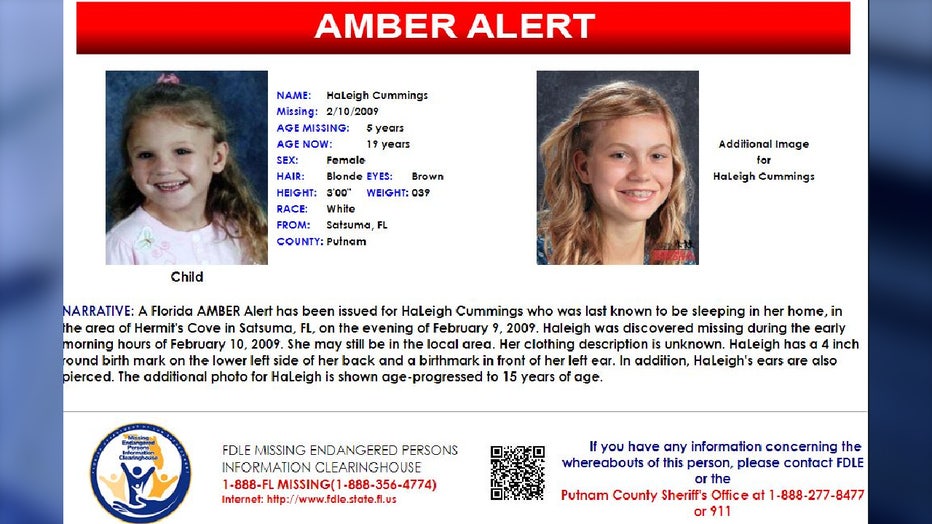 Haleigh was reported missing by her then-babysitter Misty Croslin, from her Satsuma home, launching a manhunt and garnering national media attention.

Since then, Croslin has been serving time for trafficking illicit drugs and is set to be released from prison in 2031.

Haleigh's disappearance is considered a homicide case that remains unsolved. Deputies said the child has never been found.

Ronald is not considered a suspect in her case.