Brevard County Sheriff’s Office K-9 "Daisy Mae" recently became a mom as she delivered 10 beautiful new bloodhounds who will be trained to work for the agency!

BREVARD COUNTY, Fla. - The Brevard County Sheriff's Office needs some help naming a litter of puppies that will soon begin training for their careers as K-9 crimefighters.

"While eight of the ten pups will go on to be trained to search for missing children, seniors with Alzheimer’s, and as child comfort dogs, two of our female pups are taking on a brand new role as part of our amazing new educational partnership with the Brevard Zoo Farmyard," the sheriff's office said.

Two of the ten pups have been named: one is "Baby Blue" in honor of the puppies' dad; the other is named Cindy, in honor of Cindy Johnson, who has purchased and donated over 16 ballistic vests to the sheriff's office K-9s.

Now, the sheriff's office is asking citizens to help name the other eight bloodhound puppies. 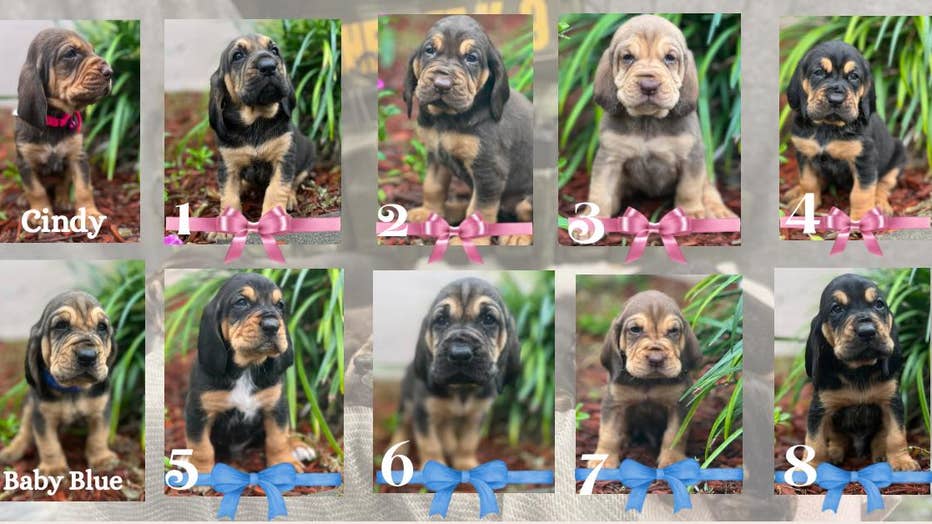 To submit your name suggestion for this furry squad of law enforcement officers, go to the Brevard County Sheriff's Office Facebook page and comment under the puppies picture. They are looking for four female and four male names.

The contest ends on Dec. 2 at 9:00 p.m. The citizens who provide the winning names will be invited to a "Naming Celebration" and swear-in ceremony to pin the badges on all of the new deputy dogs.