Orlando and Central Florida weather is experiencing a typical summer pattern with the chance of afternoon storms along the Interstate 4 corridor throughout the weekend. 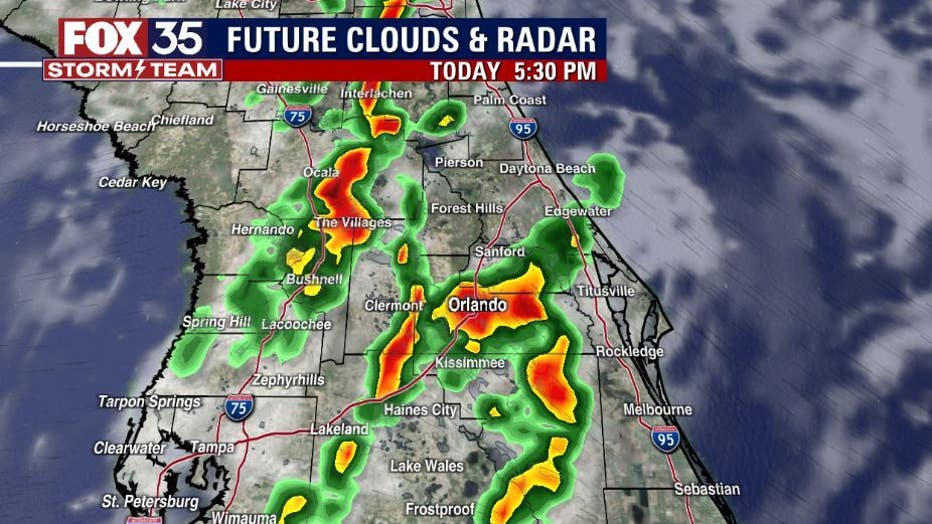 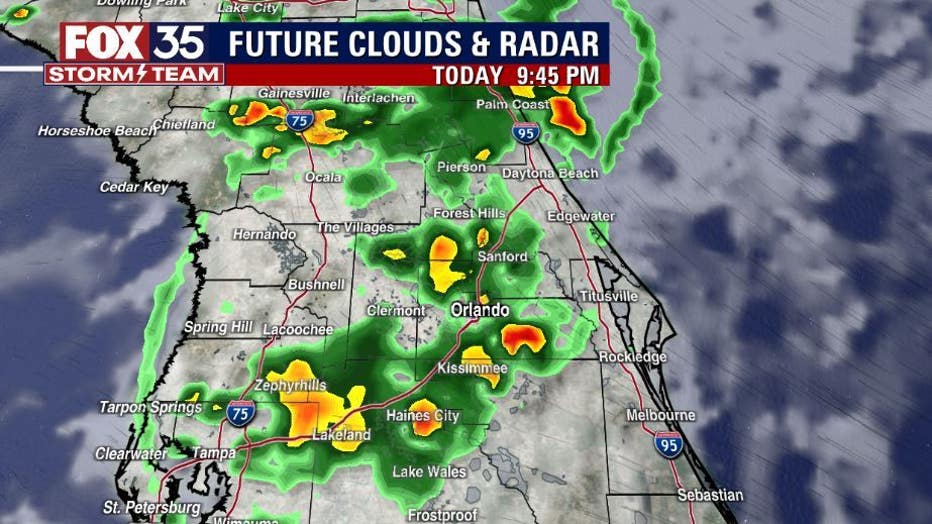 Warm and humid on this Friday with showers and storms making an appearance mainly after 2 p.m. Heavy rain and cloud to ground lightning look likely. Typical for this time of year! Rain wraps up later tonight with quiet skies through the overnight hours. Mostly cloudy with some clearing late. 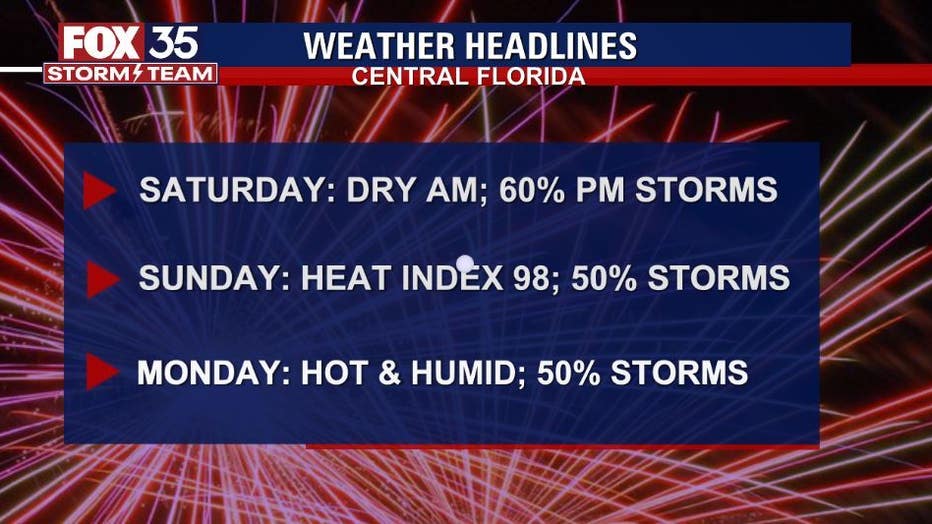 Weather at the theme parks will remain quite this Friday morning, but by the afternoon, temperatures warm to the low-90s. Make sure you stay hydrated. Showers and storms fire up after 1-2 p.m.

Heavy rain and lightning will be the main weather issues out at the parks/attractions. Remember, when thunder roars you head indoors! 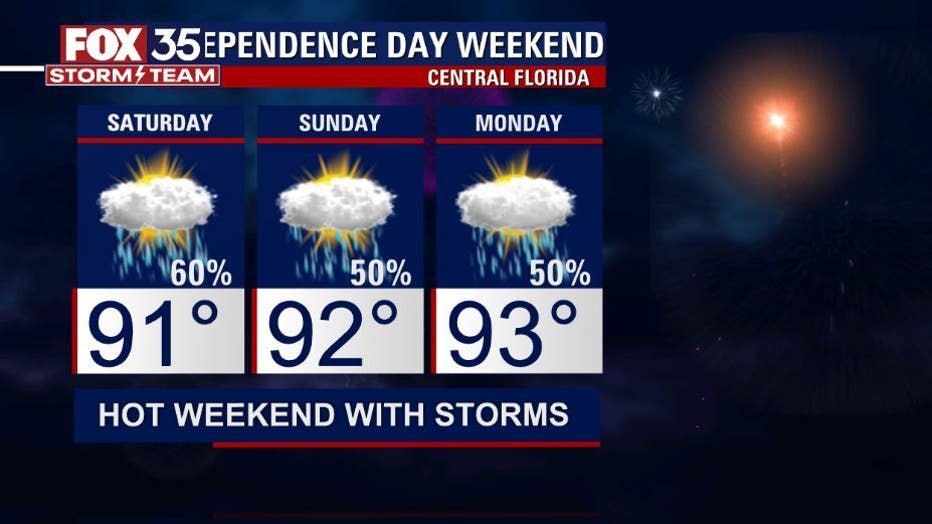 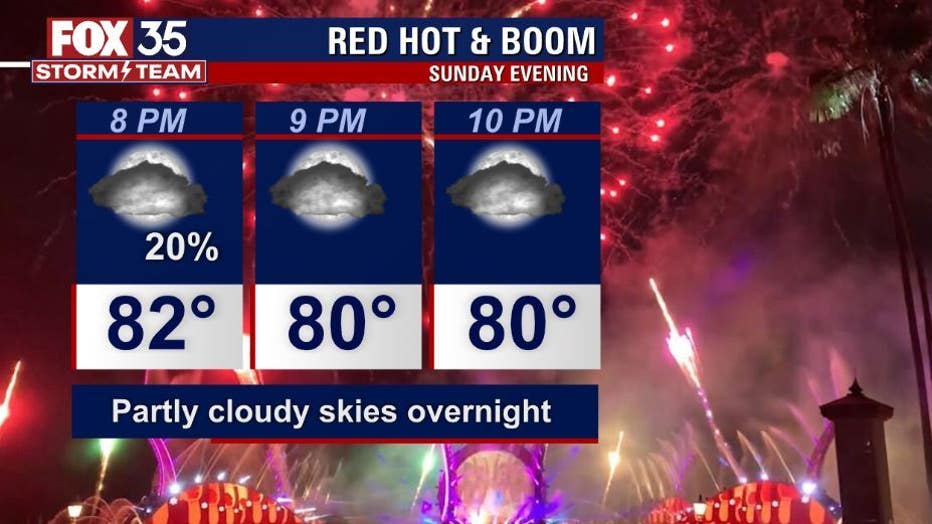 If you are heading to the beach, you can expect a mix of sun and clouds this afternoon. Temperatures, they will reach the mid to upper-80s. Showers and storms make a return with a few showers developing around lunchtime.

A greater risk of lightning storms will move in by the evening hours.There is a moderate risk for rip currents at all east coast beaches, so make sure to swim near an open lifeguard stand this weekend.

Temperatures remain in the low-90s and at times mid-90s through the extended forecast. Rain and storm chances will range from 60%-70% through Sunday and into the July 4th Holiday come Monday. Download the FOX 35 Storm team weather app to track the live radar right on your cell phone.

There are three disturbances the FOX 35 Storm Team is watching across the tropical Atlantic and Gulf of Mexico. 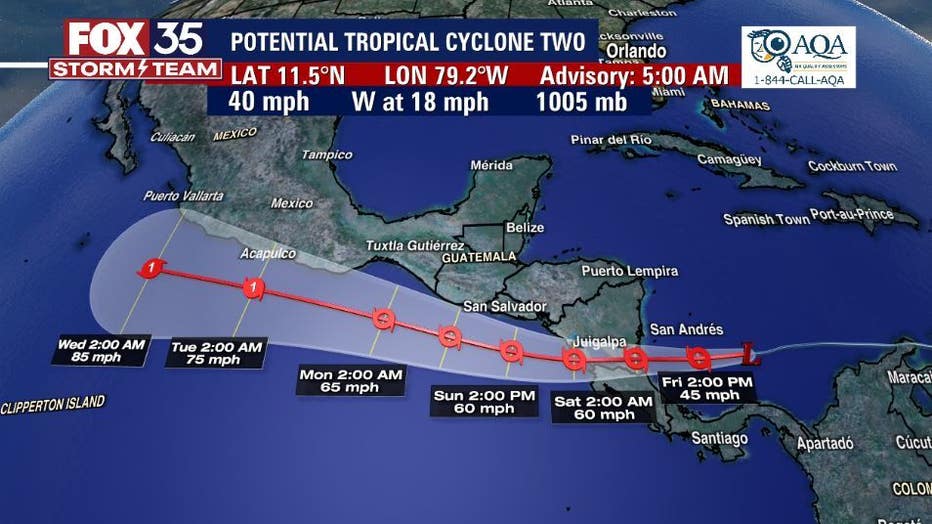 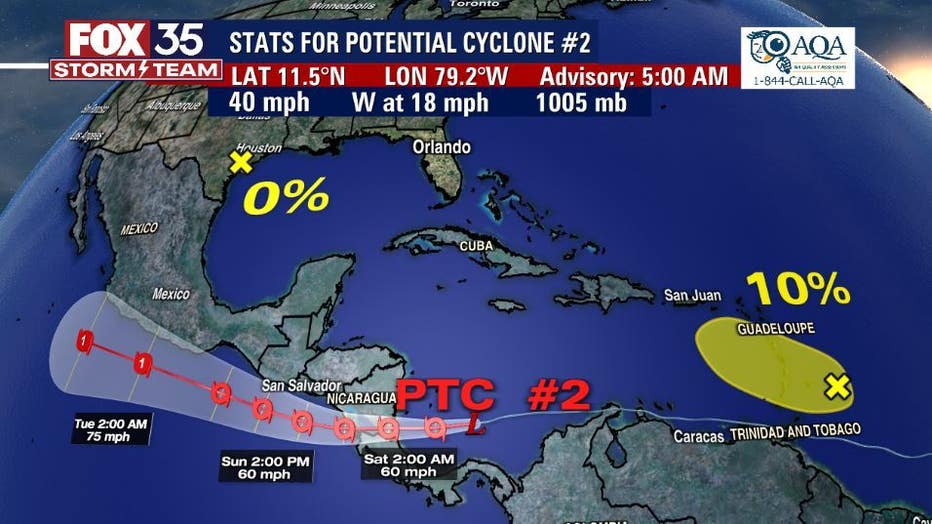 The first, Potential Tropical System #2 which is being tracked by the National Hurricane Center and is expected to become Tropical Storm Bonnie perhaps later on Friday.

The second, an area of low pressure in the Gulf of Mexico and is moving inland along the southern coast of Texas bringing heavy rain. This area has a 0% chance for further development.

The third is a tropical wave with an area of disorganized showers and thunderstorms with a 10% formation chance within the next five days. Depend on the FOX 35 Storm Team this hurricane season.