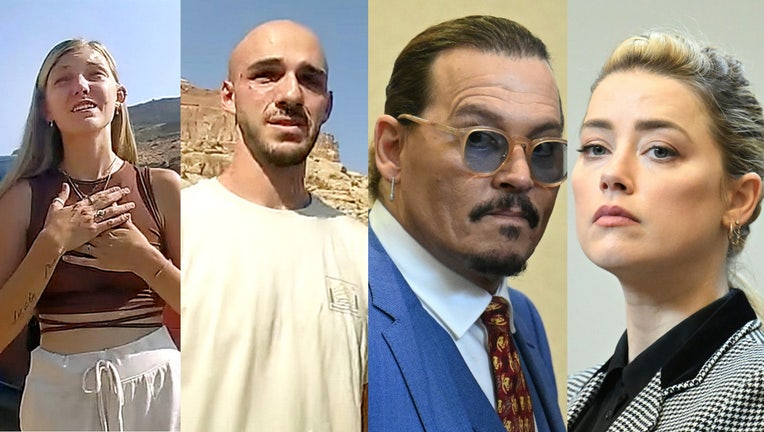 VENICE, Fla. - The Florida judge overseeing a civil lawsuit filed by the parents of slain travel blogger Gabby Petito against the parents of her suspected killer and ex-boyfriend, Brian Laundrie, invoked another high-profile case Wednesday during a hearing on whether the case will proceed to trial.

Twelfth Circuit Judge Hunter Carroll grilled both sides over whether an early statement made by Steve Bertolino, the Laundries’ longtime lawyer, amounted to speech on their behalf. The lawsuit alleges that the Laundries knew Gabby Petito was already dead and misled her parents and stepparents.

Carroll noted that Johnny Depp had just been found liable for defaming his ex-wife Amber Heard due to a comment his lawyer made.

"The Laundries are civilly liable for Bertolino’s statements that they authorized and Bertolino made on their behalf," said Neama Rahmani, a former federal prosecutor who is now a Los Angeles-based trial attorney. "This is a basic tenet of principal-agent relationships under the law."

Just like Depp was liable for the remark from his attorney.

Judge Carroll also asked the attorneys if a crime needed to be present in order for someone to invoke Fifth Amendment, which addresses a person's constitutional right to remain silent. He wanted to know how the parents could be considered not speaking if someone was speaking on their behalf. 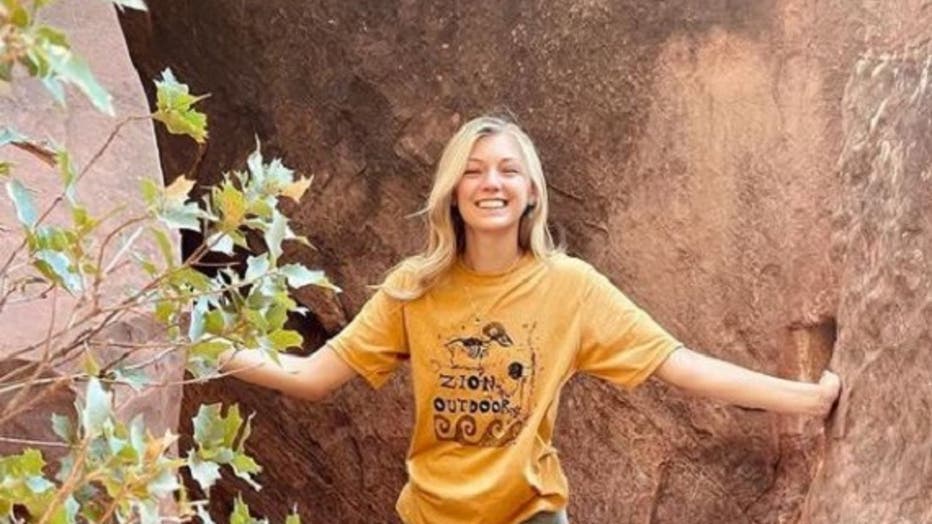 The plaintiffs’ attorneys in the civil case can use the Laundries’ silence against them in a way prosecutors cannot in criminal court, Rahmani explained. In criminal cases, it’s accepted as routine to remain silent, he said, but in a civil case, the other side can play up the refusal to answer questions.

"In a defamation case or an intentional infliction of emotional distress case, you could comment on the Laundries’ Fifth Amendment privilege all day, every day," he told Fox News Digital Wednesday. "You can't do that in a criminal case -- that's reversible error, the cardinal sin."

If the judge rejects the motion to dismiss and the case goes to trial, it could be the first time the Laundries are compelled to answer questions about what they knew and when they knew it, Rahmani said.

But both choices carry a risk. He used separate cases against the disgraced actor Bill Cosby as an example.

"Cosby 1: What he did years ago, was he would actually defend the civil cases and prepare for deposition, but it turned out to be a mistake because that's what the Pennsylvania DA used to prosecute him, those statements," he said.

The other option, he said, would be "Cosby 2," and invoke the Fifth Amendment to remain silent. But that also limited his lawyer’s options for mounting a defense in civil court, and a Los Angeles jury found him liable in a civil lawsuit earlier this week, Rahmani noted.

"If you don't show up for trial, you don't testify, then what's a jury going to do?" he continued. "They're going to hear a one-sided account and the Petito parents may win." 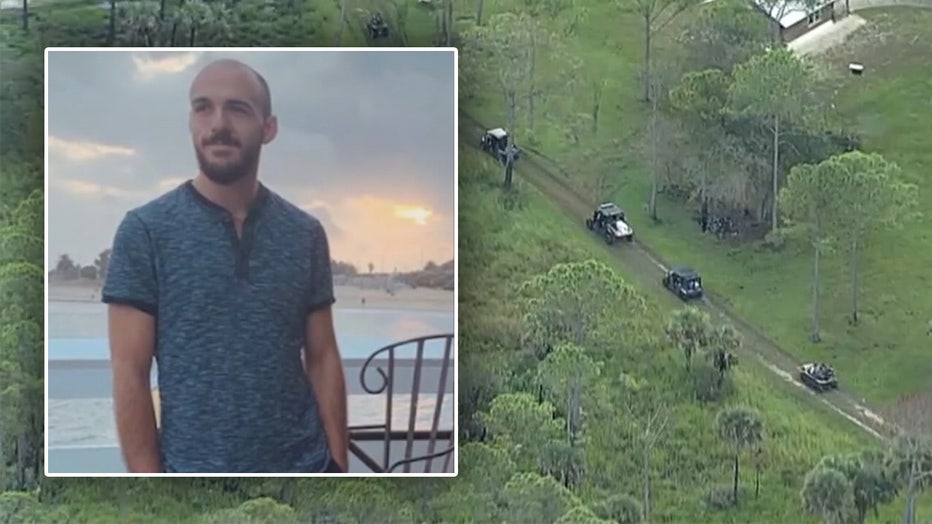 When asked for his takeaway from the hearing, Pat Reilly, an attorney for Joseph Petito and Nichole Schmidt, expressed confidence that Carroll would "make the correct decision."

"I was very satisfied and pleased with the question the judge asked in particular about the statement that Mr. Bertolino made on behalf of the Laundrie family, because that says a lot, the fact that they knew she was deceased, they knew where her body was located," he said outside the courthouse. "And they had the audacity to express a hope that she would be reunited with her family."

He shared the statement on Sept. 14 in response to intense interest in Petito’s disappearance – and just hours before Fox News Digital was first to report a domestic incident involving the couple in Moab, Utah.

"How is that an ‘outrageous’ statement?" Bertolino asked after the hearing.

He said he could not answer questions about what he knew at the time about Petito, citing attorney-client privilege, but he also said that would be irrelevant to the judge’s decision because the facts alleged in the lawsuit are taken as true.

"They say it has to be a statement that is so outrageous that the entire community would be shocked," he said of the lawsuit’s legal requirement. "I mean, is that a shocking statement? Is that an intolerable statement to make?"

When Carroll asked Reilly what made the statement outrageous, he responded that, "it’s a lie" and said it implied that Gabby Petito was still alive.

Search teams found Gabby Petito’s remains at a campsite near the park on Sept. 19, two and a half weeks after Brian Laundrie returned to Florida without her and sent fake texts from her phone to cover his tracks. She is believed to have been strangled and bludgeoned to death around Aug. 28. By the time the FBI confirmed the identity of her remains, Brian Laundrie had vanished from his parents’ home in North Port. Fox News Digital was present when he was found dead in a swamp a month later, where he allegedly killed himself and left a dry bag and a notebook that included a confession, according to the FBI.

The lawsuit alleges that Chris and Roberta Laundrie knew their son had killed Gabby Petito and withheld the information from the Petito and Schmidt families while making plans to help him flee the country, amounting to "willfulness and maliciousness" that inflicted suffering and mental anguish on the victim’s parents.

"For the Laundries to express their ‘hope’ that Gabrielle Petito was located and reunited with her family, at a time when they knew she had been murdered by their son, was beyond outrageous," the lawsuit reads.

Bertolino has maintained said he believes the lawsuit is meritless and argued that the Laundries have constitutional rights to speak, or to not speak, as they choose – and thus no obligation to discuss what they knew or did not know about Petito’s whereabouts.

Matt Luka, another attorney for the Laundries who appeared in person at the hearing Wednesday, made a similar argument.

"In our society, under our laws, people are free not to speak," he said, arguing that the lawsuit had "no legal footing."

Going into the hearing, attorneys for both sides said they did not know whether the judge would rule on the motion Wednesday. At the end, Judge Carroll said he would issue a written decision within the next two weeks.

"Judges typically take cases under advisement when there's a lot of research and a lot of cases cited," Reilly, the Petito-Schmidt family attorney, said outside the courthouse. "And so I'm not surprised by that at all. I'm surprised it's only two weeks."

Bertolino, who called the suit "baseless" once again, also said the Laundrie camp is looking forward to the judge’s decision, which he said would "hopefully" end in a dismissal.

"We feel strongly that our legal arguments are on a solid footing," he said. "Judge Carroll was very in tune with the points being made by both sides, and he was deliberate in his questioning of Mr. Luka and Mr. Reilly."

Nichole Schmidt, Petito’s mother, has also filed a separate wrongful death lawsuit against Brian Laundrie’s estate. She sat between Reilly and her ex-husband, Joseph Petito, wearing a pendant containing her daughter’s ashes and with a Mass card propped up against the computer screen.