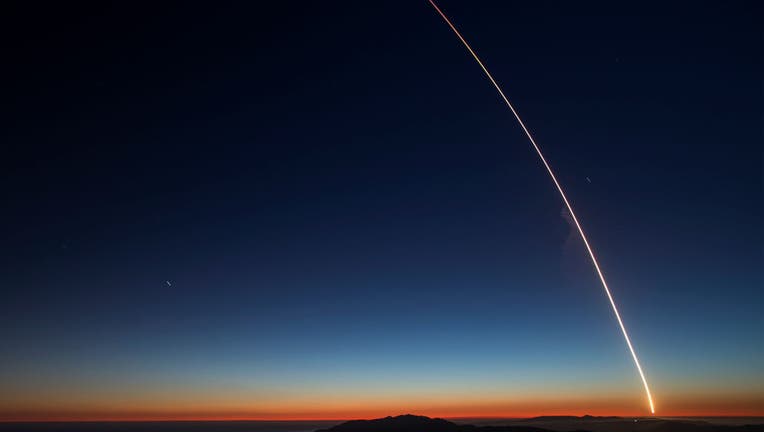 The SpaceX Falcon 9 rocket launches from Vandenberg Air Force Base carrying the SAOCOM 1A and ITASAT 1 satellites, as seen during a long exposure on October 7, 2018 near Santa Barbara, California. (Photo by David McNew/Getty Images)

As the Dalai Lama said, "Once a year, go someplace you’ve never been before" — and a new age of tourism is adding more destinations to that list.

From outer space to the deep sea, tourism is now reaching the ends of the Earth.

While researchers and explorers are still making ground-breaking discoveries every day in these regions, these mysterious realms of the universe are becoming more accessible to the average human.

Or, at least, the average human with tens of thousands of extra dollars.

Here’s what expeditions to the ends of the Earth (and beyond) cost:

Once opposed to space tourism, NASA is now a supporter. "Low-Earth orbit is now more accessible for more people to experience the wonders of space," tweeted NASA Administrator Bill Nelson, who was a congressman when he hitched a ride on a space shuttle decades ago.

From the minds (and pockets) of billionaires, the big-name firms offering seats to the public include Jeff Bezos’ Blue Origin, Richard Brannon’s Virgin Galactic and Elon Musk’s SpaceX. But here are some other options available, too:

Although most of the ocean is unknown to man, one scene is instantly recognizable: the Titanic shipwreck.

OceanGate Expeditions is offering multiple trips to the site of the ghostly remains for $250,000.

The firm out of Washington also offers expeditions to other pockets of the ocean.

Tickets to dive into the Hudson Canyon, one of the world’s largest subsea canyons, or to see the marine life in the protected Great Bahama Bank will set you back $45,000.

It’s not all fun and games, though — you’re expected to pull your weight aboard and help with research.

RELATED: Want to see the Titanic? Company offering spots for deep-sea expedition in 2023

From the depths of the world to the greatest height, Mount Everest stands 29,035 feet above sea level.

Even with all the money in the world, though, this trip isn’t for just anyone. Only hundreds of people successfully complete the grueling trek to the summit every year. And an average of five people reportedly die every year trying.

Those who aren’t fit to be mountain conquerors can still get a taste of Everest with expeditions to the base camp, which sits just under 18,000 feet above sea level. Popular expedition companies such as Intrepid Travel and Nepal Hiking Team offer routes with prices starting under $2,000.

North and South Pole expeditions: $7,775 and up

Expeditions are readily available to both the North Pole and Antarctica. These trips aren’t for the faint of heart, either.

Most Antarctic expeditions depart from Ushuaia, Argentina, the world’s southernmost city, and take you through Drake Passage, known to have some of the most treacherous waters in the world. And, you’re out at sea for about three days before reaching the Antarctic Peninsula.

Quark Expeditions also offers an expedition to the North Pole, departing from Helsinki, Finland, though this price is unlisted. This trek comes with an optional hot air balloon ride over the icy surface of the Arctic landscape below; Santa sightings not guaranteed.

While this expedition won’t take you to Earth’s extremities, it will show you the extreme vastness that is our planet.

This one also ranks the lowest on the danger-adventure scale, but it will consume the most of your time.

Here are some offerings:

This story was reported from Detroit.