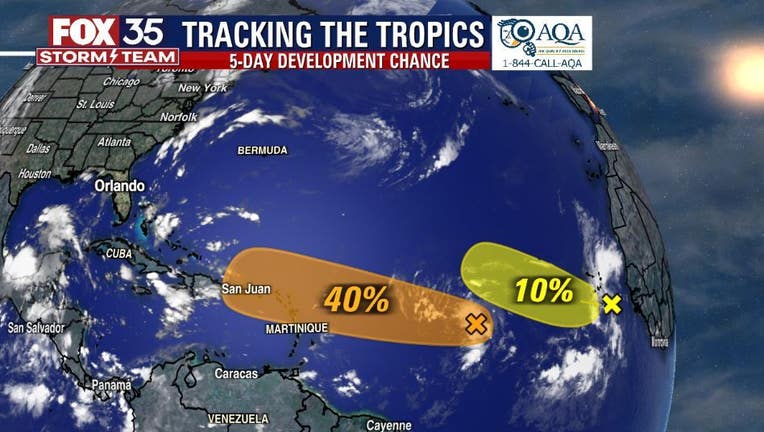 ORLANDO, Fla. - We're more than halfway through the 2022 Atlantic hurricane season and forecasters are tracking two tropical waves – one of which could become our next tropical depression.

The first tropical wave is located about 1000 miles east of the Lesser Antilles. The National Hurricane Center says further development of this system is possible and a tropical depression could form over the next several days.

As of Tuesday afternoon, the system has a 40-percent chance of development over the next five days. If the system does become a named storm, it would be Fiona.

The second tropical wave is approaching the Cabo Verde Islands. Forecasters say development of this system appears to be decrasing. It is forecast to move westward to west-northwestward across the eastern and central tropical Atlantic through the end of the week. Development chances are low at 10-percent.

So far this season, there have been five named storms: Alex, Bonnie, Colin, Danielle, and Earl. Danielle and Earl were the first hurricanes to form this season, but stayed out in the Atlantic away from land.