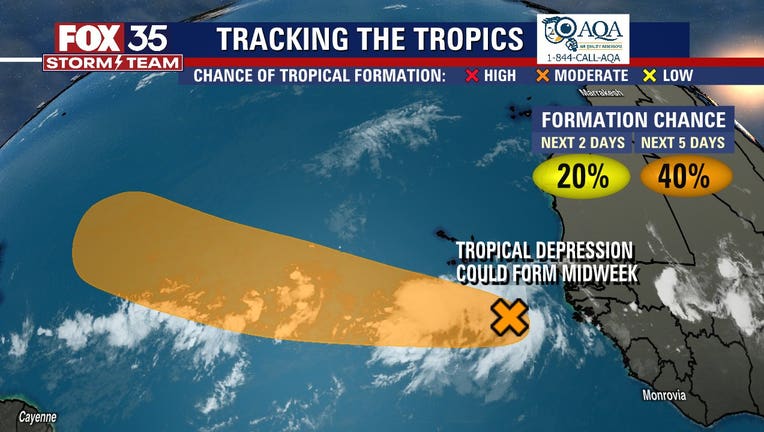 ORLANDO, Fla. - The National Hurricane Center is watching a tropical wave for possible development after weeks of silence in the Atlantic.

The wave is located off the west coast of Africa and is producing A large area of disorganized showers and thunderstorms over the far eastern tropical Atlantic south of the Cabo Verde islands, according to the NHC.

"Environmental conditions appear generally conducive for gradual development of this system while it moves westward to west-northwestward at 15 to 20 mph across the eastern and central tropical Atlantic, and a tropical depression could form around the middle to latter part of this week."

The area has a 40% chance of development over the next five days. If it were to become a named storm, it would be Danielle.

FOX 35 Storm Team Chief Meteorologist Jayme King said there are no concerns for Florida, but the team will continue to watch any development closely.

There has been no major hurricane to form this season, just three tropical storms: Alex, Bonnie, and Colin, and even though this is less active than past seasons, it is on schedule for an average season.

Nurses sue Florida hospital alleging they were not warned of active shooter drill, and thought it was real

We are now moving closer to the peak of hurricane season, which is Sept. 10, and roughly 90% of tropical activity occurs after Aug. 1. Therefore, both NOAA and Colorado State remain confident in their predictions. 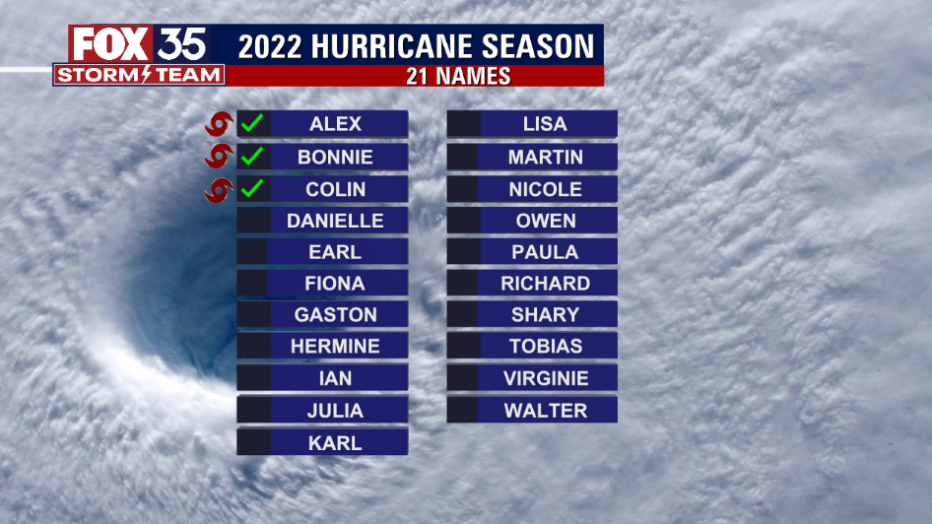 The experts at Colorado State University and the National Oceanic and Atmospheric Administration released their updated 2022 Atlantic hurricane season outlooks Thursday. Both organizations decreased the forecast number of named storms from what they initially predicted in earlier outlooks, but they say you should still prepare for an active season. 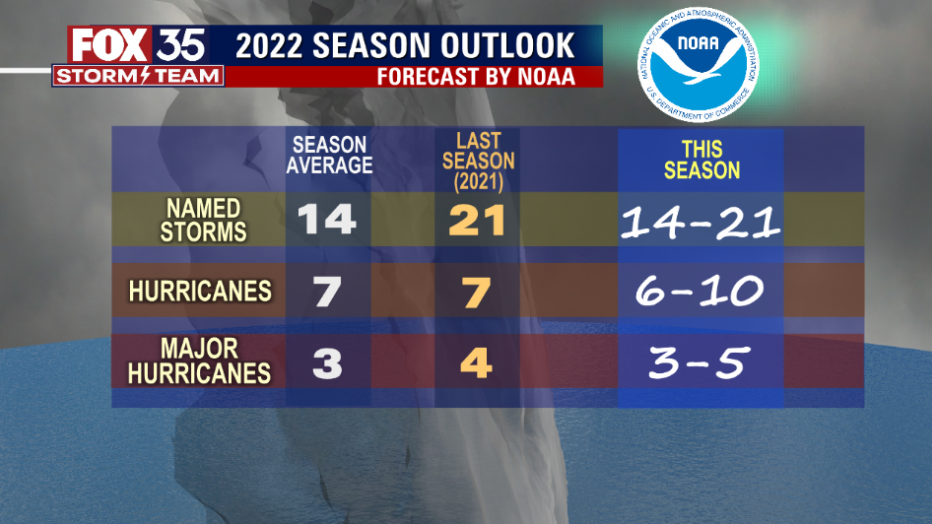 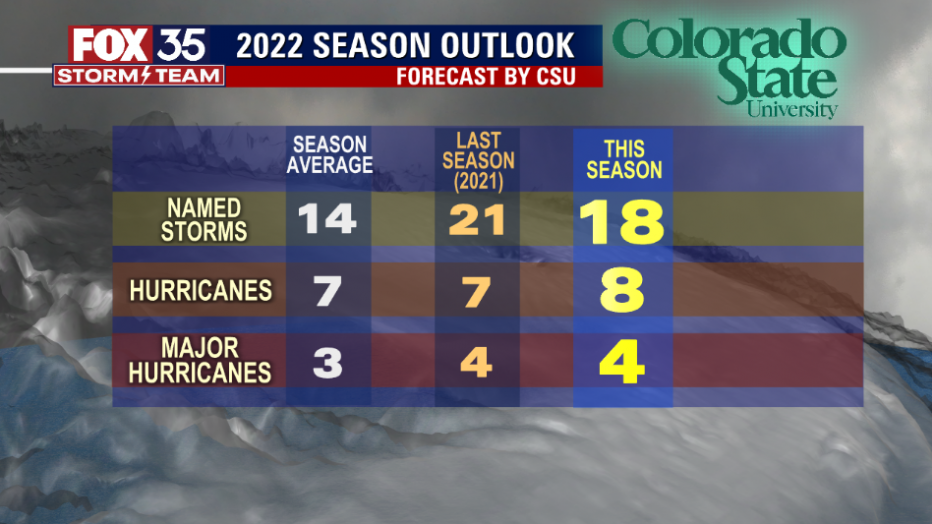 NOAA expects a similar outcome to the Atlantic hurricane season, predicting 14 to 20 named storms, six to 10 hurricanes and three to five major hurricanes, which is a slight decrease from its initial outlook in May.

Make sure you have the FOX 35 Storm Team App downloaded and ready to receive daily forecasts and to be the first to know when severe weather is coming to your area.