ORLANDO, Fla. - The grieving grandfather of three children who were killed in a horrific crash in Orlando says he is heartbroken. Not only did he lose his grandbabies, he lost his two daughters.

Pastor Anthony Oliver talked to FOX 35 News after he laid flowers and stuffed animals at the scene of where his family was killed on Thursday night. 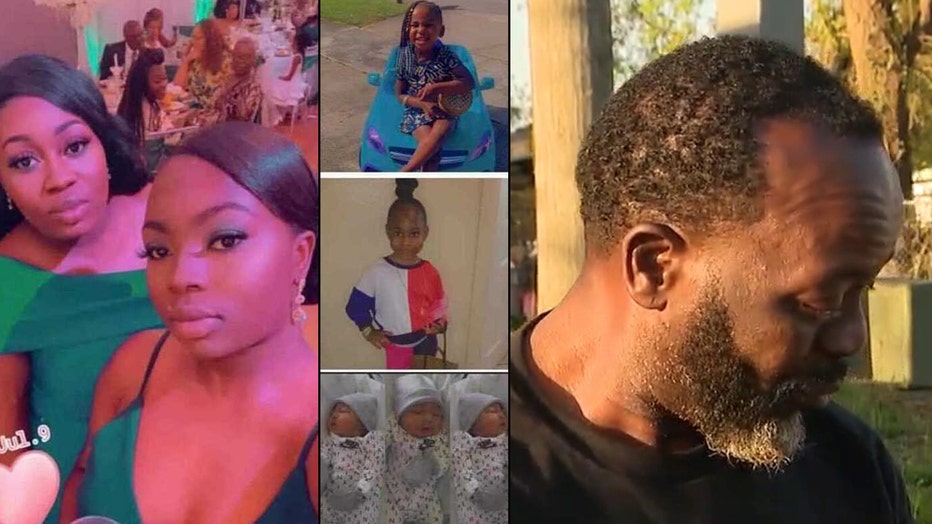 "Just imagining that final impact and what my kids were going through and what my grandchildren were saying and I couldn't be there to protect them," Oliver said through tears.

The three children who died were a five-month-old baby boy and five and four-year-old girls. The two women were 30-years-old and 25-years-old.

RELATED: FHP: 3 children among those killed in 'horrific' Orlando crash

"Anytime anything happens they're always calling for me, 'Papa, Papa.' And I could imagine them calling my name. That's what hurts. That I wasn't there."

Oliver says his wife is also battling Stage 4 cancer. She is in the hospital and has no idea about the crash.

Troopers responded to the intersection of Clarcona Ocoee Road and Gaymar Drive in Orlando around 8 p.m. Thursday following reports of a crash involving two vehicles.

"We had a Hyundai passenger vehicle with six occupants inside that was traveling westbound on Clarcona Ocoee Road.  The driver attempted to make a left turn on Gaymar Drive.  As she made the left turn, an eastbound Suburban collided with the side of the Hyundai," said FHP Lt. Montes. "Inside the Hyundai, we had three children pronounced deceased on scene, and [two adult women].  Both drivers survived."

The crash is under investigation.