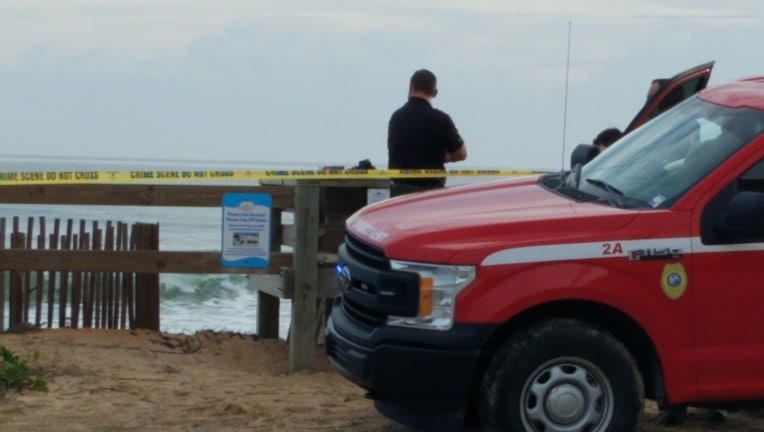 ORMOND-BY-THE-SEA, Fla. - Detectives are investigating after a dead body was found on a beach in Florida.

The body was discovered just after 6:30 a.m. on Friday in Ormond-by-the-Sea, according to a Volusia dispatch supervisor.

A FOX 35 viewer sent in photos from the scene. He told FOX 35 News that he was riding his bike and saw several emergency vehicles parked on the side of A1A at a beach access walkway.

"I stopped at the road shoulder and saw a large lump of something on the beach. It was covered with a yellow plastic sheet and surrounded by yellow tape," he said in an email.

The viewer said there were police at the intersection of Ocean Shore Boulevard ( A1A ) and Sunny Beach Drive. Yellow crime scene tape was put up around a portion of the fence in front of the beach.

The Volusia County Sheriff's Office says the person's death is a 'natural cause.' No other information has been released.