Jeep plummets off I-4, lands on roof

A Jeep Wrangler goes over a guardrail and falls off of I-4, and it’s caught on a Mobil gas station security camera, near Kaley Street.

ORLANDO, Fla. - A Jeep Wrangler goes over a guardrail and falls off of I-4, and it’s caught on a Mobil gas station security camera facing Kaley Street.

"A car fell up off the bridge. Oh my God," one woman said.

"There’s been a serious accident. Somebody just hopped off of I-4," a man said.

The dispatcher sounded surprised and repeated what a second caller said.

"OK, so the vehicle went off of I-4?" the dispatcher asked.

FOX 35 News slowed the video down. Seconds after going over the guardrail, the Jeep freefalls, tumbling through the air, then slams into the ground on the street below. 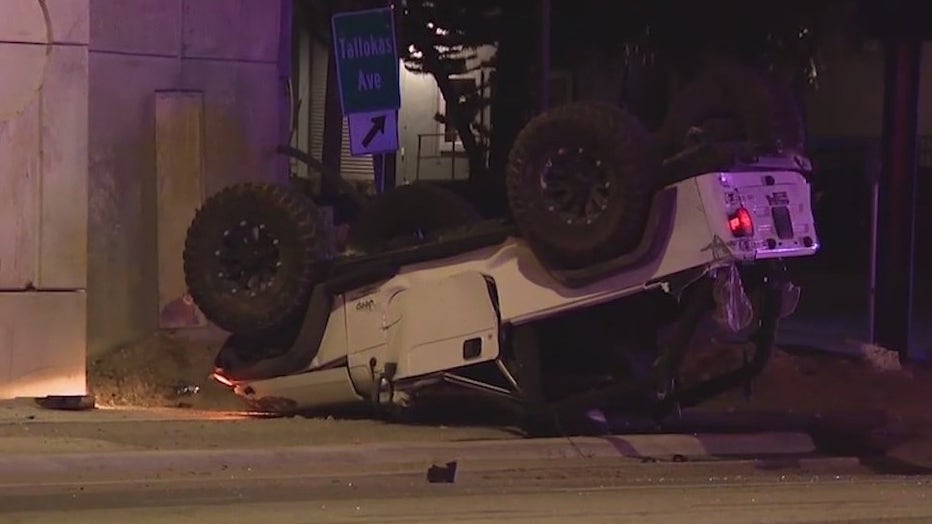 The Orlando Police Department (OPD) said the crash is still under investigation.

From what OPD knows so far, a Camaro slammed into the Jeep and a Ford, sending the Jeep over the side of the interstate. The driver of the Jeep and the Camaro were both taken to the hospital.

A Florida Department of Transportation spokesperson told FOX 35 News that the agency will look at the crash report once it’s complete to look for contributing factors and determine any needed safety improvements.