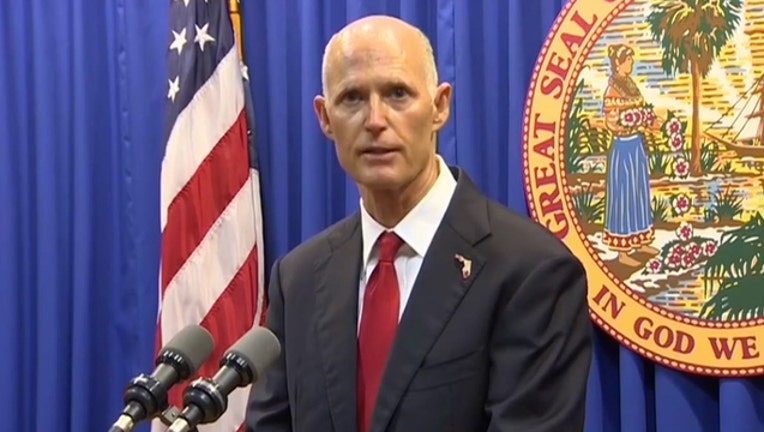 TALLAHASSEE, Fla. (NSF) -  A Leon County circuit judge Wednesday ordered Florida Gov. Rick Scott to release three months of information about his daily calendar, including where he will reside and meetings and fundraising events he will attend.

Judge Charles Dodson rejected arguments by the Scott administration that the information should remain confidential and said it should be released within 10 days.

“It is the policy of this state that all state, county and municipal records are open for personal inspection and copying by any person. Providing access to public records is a duty of each agency,” Dodson wrote. “All such materials are open for public inspection unless the Legislature has exempted them from disclosure.”

John Tupps, Scott’s communications director, said the governor’s office will appeal the ruling, which involves documents from July 20 through Oct. 31.

“FDLE (the Florida Department of Law Enforcement), who oversees the governor’s security, has submitted an affidavit to the court stating that releasing details of the governor’s schedule weeks in advance would pose a security risk and is protected from release under Florida law. This ruling is irresponsible and puts the safety of the governor and law enforcement at risk,” Tupps said in a statement.

The ruling is part of the fallout from a battle over contracts in Florida’s Medicaid program. The AIDS Healthcare Foundation lost out on new Medicaid managed-care contracts and asked for Scott’s schedule. But the Scott administration argued that the information the AIDS Healthcare Foundation requested pertained to “surveillance techniques or procedures” and, therefore, was exempt from Florida’s broad public-records law.

Dodson ruled otherwise, noting that the information that was requested “simply is information regarding the governor’s travel schedule.”

Moreover, Dodson said the public-records exemption the Scott administration cited in its reply to the suit applies only to agency investigations.

The AIDS Healthcare Foundation filed the public-records lawsuit in July after the group said it tried to contact the governor with concerns about the state Agency for Health Care Administration’s decision to not renew Medicaid contracts with the foundation’s subsidiary, Positive Healthcare, in Broward, Miami-Dade and Monroe counties.

The contract decision means the health plan would be blocked from participating in the state’s Medicaid managed-care program for the next five years. The AIDS Healthcare Foundation filed a separate case in state administrative court challenging that contract decision. Arguments resume next week.

Florida governors and other elected officials have routinely released their schedules to the media outlining commitments for each day. Often those schedules were released in advance.

But the Scott administration has been less forthcoming with the details. And the schedules that get released haven’t always accurately reflected the governor’s meetings.

The ruling will help shine the light on what Scott does, said Imara Canady, the AIDS Healthcare Foundation’s regional director of communications and community engagement.

“The public has no idea of what he does day to day, whether he’s playing golf with his buddies or brokering deals with big business owners or what,” Canady told The News Service of Florida.