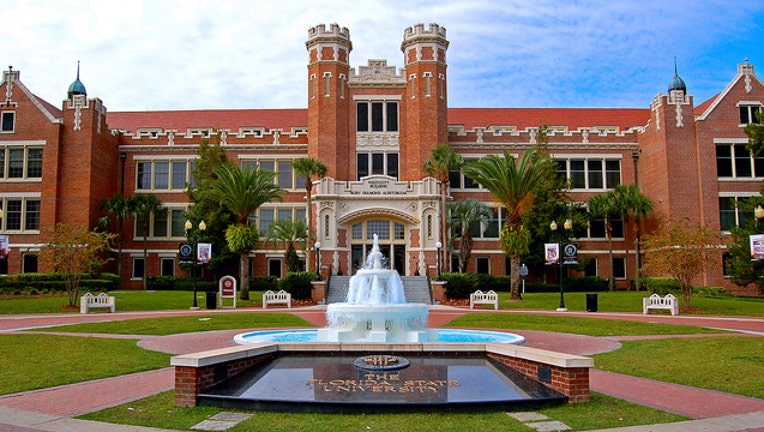 TALLAHASSEE, Fla. (NSF) - The parents of a 20-year-old Florida State University fraternity pledge who died during a hazing ritual filed a negligence lawsuit Tuesday against the Pi Kappa Phi fraternity, 11 fraternity members and a fraternity adviser.

The lawsuit alleges the national fraternity, two related corporations, the fraternity members and an adviser acted negligently in allowing Coffey to consume a bottle of 101-proof Wild Turkey bourbon as part of a “Big Brothers” night at an off-campus house leased by two fraternity members.

The lawsuit noted that the Pi Kappa Phi national organization, headquartered in Charlotte, N.C., had policies against alcohol abuse and hazing but the activities at the fraternity and among its members “was very different from its carefully crafted” public image.

“In reality, Pi Kappa Phi, Beta Eta members, had been hazing and having pledges abuse alcohol for years and this was known and/or should have been known by each of the defendants,” attorneys David Bianchi and Michael Levine of the Stewart Tilghman Fox Bianchi & Cain law firm wrote in the 41-page complaint.

In addition to the “Big Brother” night, the fraternity members participated in heavy drinking at tailgate events, drinking games at the fraternity house and a ritual known as “Edward forty-hand,” where a bottle of alcohol was taped to a pledge’s hand, the lawyers,  said.

“Continuing with these illegal acts was a tradition for this fraternity that its members were determined to perpetuate in October and November, 2017 despite the fact that all of the pledges and many of the fraternity members were under the legal drinking age of 21,” the lawsuit said.

Coffey, an FSU junior from Pompano Beach, died after consuming the bottle of bourbon and other drinks after he was left passed out on a couch in the off-campus house where the hazing ritual was held. His fraternity brothers did not call for emergency help until the next morning.

Coffey’s death prompted Florida State University President John Thrasher to temporarily suspend all fraternities and sororities and institute a series of changes aimed at what he called a “culture change” for the organizations.

“Hazing and alcohol abuse in these contexts that created this particular incident has got to stop,” he said last month.

The suit also names Conner Ravelo, who was Coffey’s “big brother” in the fraternity, and D. Craig Filar, an FSU employee who was acting as an adviser to the fraternity.