The jury had previously recommended the death penalty, but the defense had argued that Miller, a former Marine, deserved life in prison.

On August 17, 2017, Officer Baxter approached some men known for drug activity. Sgt. Howard was there as backup.

Police said Miller shot the two officers in the back of their heads, then flipped them over and posed them before shooting them in their faces.

In 2019, after hearing from the medical examiner and emotional testimony from the responding officers who tried to save Baxter and Howard's lives, it took jurors less than two hours of deliberations to find Miller guilty of first-degree murder. 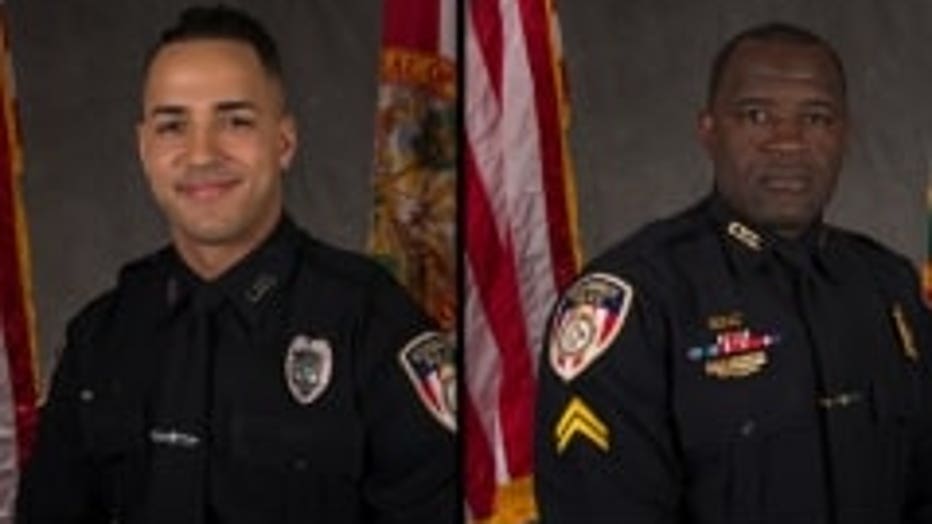 All sentences will be served consecutive to one another, the judge said.

"The girls still don't have their daddy," said Sadia Baxter, wife of Kissimmee Police Officer Matthew Baxter, who was killed in the line of duty in 2017. Her husband's killer was convicted in 2019 and sentenced to death in 2022. Following sentencing, she forgave the man who killed her husband and Sgt. Sam Howard.

Sadia Baxter, Matthew Baxter's widow, is left to raise three young girls and a stepdaughter without their father.

"My girls still don’t have their daddy," she said.

"We forgive Everett Miller. Although what he did was not right, we forgive him. These girls deserve to live a happy life with no hate. Hate is what got us here," she said.

Baxter's sister, Mia, said: "Justice has been served. It's been a very long process. Our family has endured so much."

Sadia also spoke on behalf of Sam Howard's family and said her family miss his smile the most.