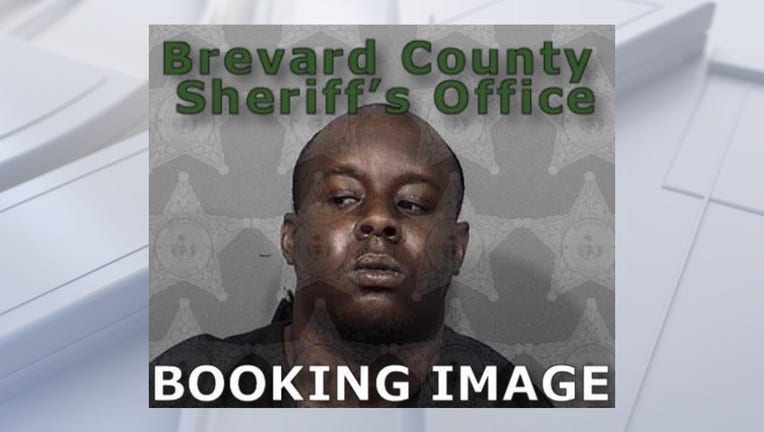 COCOA, Fla. - A man has been arrested and charged with animal cruelty after a dog was discovered tied to a tree and shot, according to the Cocoa Police Department.  The dog had to be euthanized because of its injuries, officials say.

On Sunday afternoon, a police officer was called out to Bracco Pond Park after a caller reported seeing a man shooting a dog, then taking off in a red Hyundai SUV.  The officer spotted the SUV and began a pursuit.

The officer said the driver appeared to throw something into the back of the SUV before a traffic stop was initiated.  The driver, identified as 30-year-old Isaiah Beavers, of Rockledge, was ordered out of the vehicle and placed in handcuffs while the officer searched the rear of the SUV.

"A Mossberg shotgun fell from the rear portion of the vehicle and onto the ground. Inside the chamber of the shotgun was a spent .410 gauge shotgun shell," read a police report.

After informig Beavers of why he was stopped and about a call reporting the alleged incident, the officer said Beavers admitted to shooting the dog.

"Isaiah spontaneously told me that he and his girlfriend had been having some problems with the dog being aggressive and attempting to bite them, and they no longer wanted the dog," the report states. "Isaiah then explained that he tied the dog to a tree and shot the dog with the intent of ending the dog's life."

According to police, it was later learned that the dog would need to undergo surgery to remove its leg after being struck in the shoulder by a bullet.

Additionally, Beavers was charged with possession of a firearm by a convicted felon and driving with a suspended license.