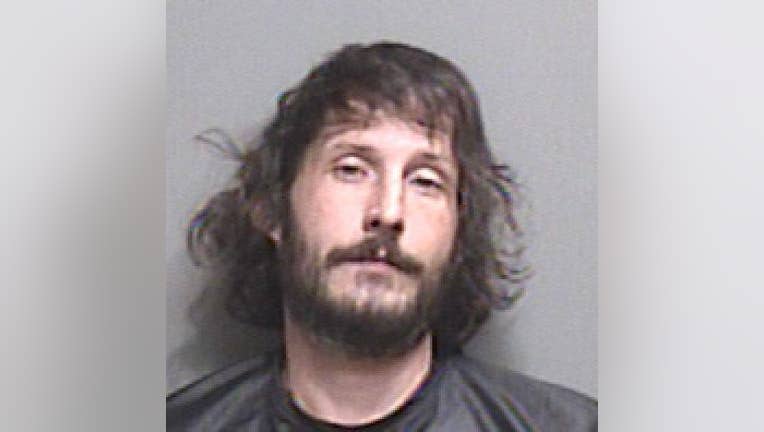 FLAGLER COUNTY, Fla. - A man was arrested after a Florida sheriff's office said that he pulled a pocket knife and threatened to cut a deputy before fleeing into the woods.

The Flagler County Sheriff's Office said that they responded to a suspicious incident on Shady Lane in Palm Coast. They found Clayton Callahan frantic and yelling at deputies to chase after an unknown SUV.

They said that Callahan became agitated and began pacing and screaming. He threw his vape pen and then his cell phone at the windshield of a patrol car windshield. He then began yelling derogative and racist comments at deputies before pulling a pocket knife from his waistline, opening it, and threatening to cut a deputy.

Callahan reportedly fled the scene and was found a short time later trying to get into a home on Shady Lane. He was ordered to stop but ran into the woods.

After establishing a perimeter, Callahan was eventually taken into custody, the Sheriff's Office said. He was arrested and charged with Aggravated Assault on a Law Enforcement Officer and Resisting Arrest. He is being held on a $10,500 bond.

"Our deputies once again showed great restraint in a violent and dangerous encounter," Flagler County Sheriff Rick Staly said. "Our de-escalation training and their experience paid off and I commend them for taking this subject into custody without anyone getting injured. Great work by our newest K-9 team in quickly locating the suspect!"

Callahan is said to have a previous arrest history for Criminal Mischief, Disorderly Intoxication, Domestic Battery, Battery on a Medical Care Provider, Assault on a Paramedic or Firefighter, Violation of Probation, and other charges.