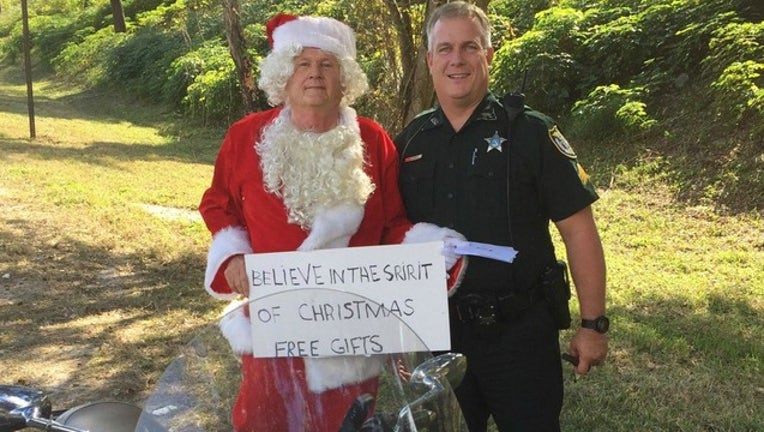 ALACHUA COUNTY, Fla. (FOX 35 WOFL) - The Alachua County Sheriff's Office posted on Facebook a story about a deputy who responded to a call about a suspicious person dressed as Santa.

The sheriff's office says that the call reported that there was a person dressed as Santa handing out envelopes at the Newberry Road exit on I-75. He was holding a sign that read "Believe in the Spirit of Christmas, Free Gifts."

Upon arrival, the deputy says that he found out that the Santa actually had a handful of envelopes stuffed with money that he was handing out to passing motorists.