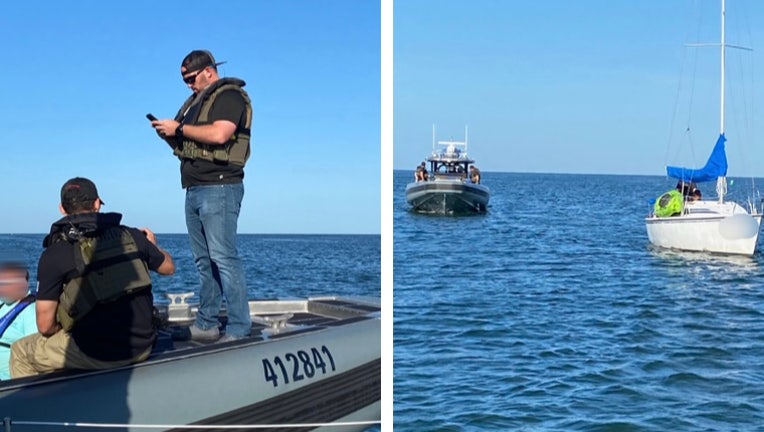 LEE COUNTY, Fla. - A child rape suspect from Washington State is in custody after he was caught trying to leave the country on a boat from Florida, authorities say.

The 34-year-old man, who has not been named by police, is being held in the Lee County Jail awaiting an extradition hearing.

Edmonds police say he fled Washington and was located on a boat Sunday by U.S. Marshall deputies off the Florida coast.

Police say the investigation began in January when the victim’s mother reported the incident to police. The victims were the 11 and 13-year-old children of the suspect’s ex-girlfriend, police say.

"The Edmonds Police Street Crimes Unit worked diligently in an effort to locate the suspect. Their efforts determined that the suspect had fled to Florida and was preparing to flee the country via boat."

MORE NEWS: Man accused of placing grenade in roadway, then calling 911 to report

Police say the suspect "made many admissions related to the case" and the investigation will continue to determine if there may be other victims.

The suspect is facing charges of 2nd degree Rape of a Child and 1st degree Child Molestation.