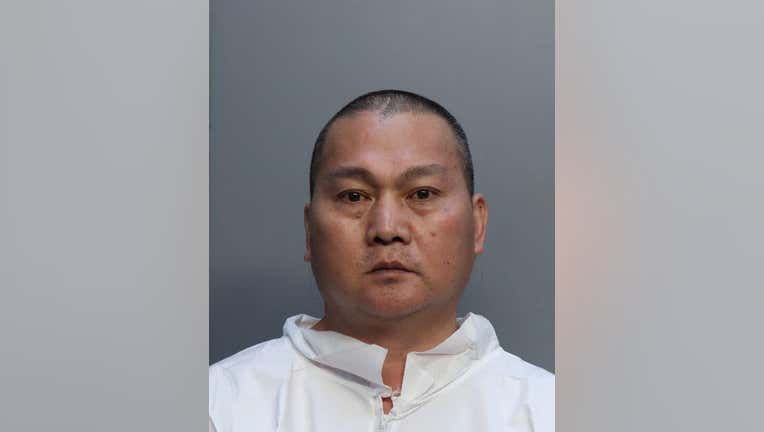 MIAMI BEACH, Fla. - An Oklahoma man suspected in the alleged "execution"-style killings of four people in Kingsfisher, Oklahoma, has been found and detained in Florida – nearly 1,500 miles away, police said.

Wu Chen, 45, was detained Tuesday by Miami Beach police after a license plate reader alerted officers to his vehicle. Chen was detained without incident, Miami Beach Police said in a Facebook post.

According to the Oklahoma State Bureau of Investigation, three men and a woman – all Chinese Nationals – were found dead on Sunday inside the building of a marijuana grow operation in Oklahoma, near Hennessey, which is north of Oklahoma City.

A fifth person was flown to a hospital for treatment, Oklahoma officials said. Their condition was not immediately known.

In its news release, the Oklahoma State Bureau of Investigation said because of a "significant language barrier," officials are still working to contact victims' families. The names of those killed have not been released.

Officials said the deaths do not appear to be a random incident.

Chen remains at the Miami-Dade County Detention Center awaiting extradition to Oklahoma. He faces several charges of murder and shooting with intent to kill, officials said.

In October, a man considered to be a person of interest in the deaths of four friends who were shot and killed in Oklahoma was found in Daytona Beach Shores and detained.