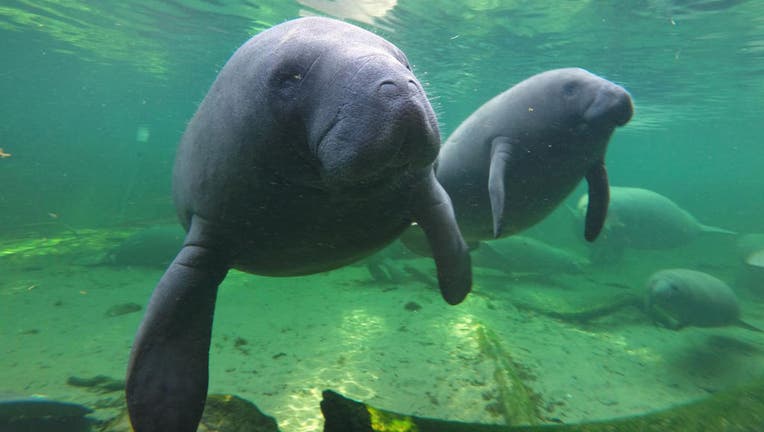 Manatees find refuge in the warm waters of Blue Spring located at Blue Spring State Park, Orange City, Fla., in a 2015 file image. Manatees, which recently were moved from the U.S. endangered list to the less dire status of threatened, appear on trac

MIAMI, Fla. - Florida wildlife officials are investigating after a manatee was found decapitated in Miami.

According to WPLG, wildlife biologist Natalie Mahomar was birdwatching over the weekend at Miami’s Little River when she found deceased sea cow.

Wildlife experts are speculating that the manatee was hurt by the South Florida Water Management's salinity control structure. WPLG reports that many manatees have been killed by similar structures in the past.

However, according to the Orlando Sentinel, the structures have been equipped with "Manatee Protection System" sensors that are supposed to alert when a sea cow in near and to stop the gates from closing.

A necropsy will be performed to determine the cause of death. The Florida Fish and Wildlife Conservation Commission will reportedly check to see if the safety sensors are properly working.