Tim Kelly had quite the surprise Friday morning when he heard growling while getting his morning cup of coffee. He turned around to see a massive alligator -- between 7 and 9 feet -- on the lanai of his Pinellas County home.

EAST LAKE, Fla. - A Florida homeowner got quite a surprise with his morning coffee after finding a massive alligator - between 7 and 9-feet long - on the lanai of his Pinellas County home.

Tim Kelly says he heard growling on Friday morning and found the gator stuck under an end table.

"He must have went through it and it got stuck on him, and he wasn’t very happy. I got to tell you, when he was right there and he was stuck in that, I was like, 'Wow, now what am I going to do?'" Kelly recalled. 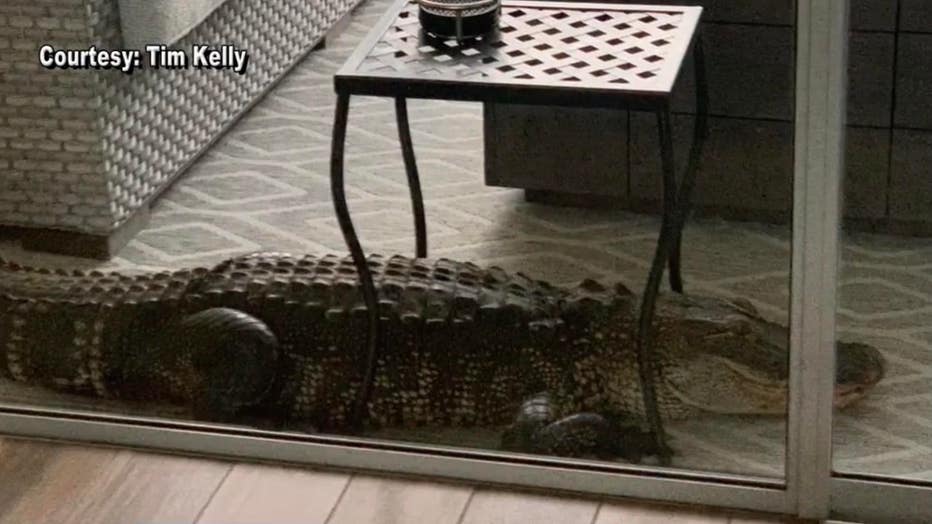 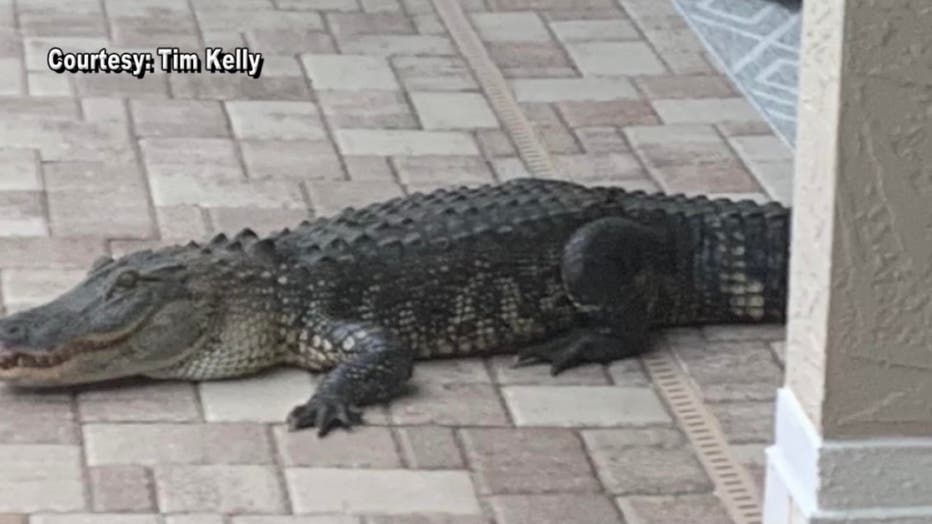 Kelly says the alligator got loose from the table and headed toward the pool.

"Next thing you know, we hear a splash and it jumped in the pool and started taking a swim," Kelly said. "We were just having our coffee and watching him swim around." 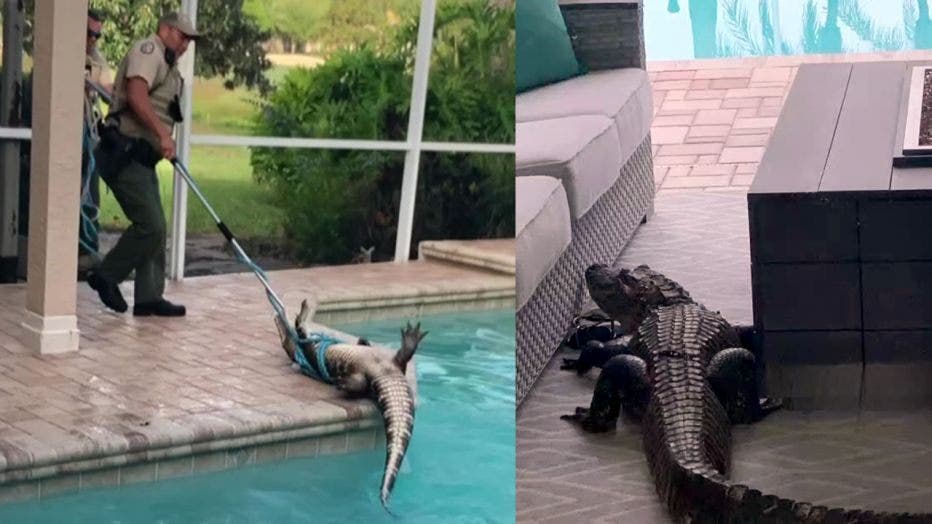 FWC officers showed up and were able to get the alligator out of the pool safely. They are planning on relocating the gator because of its size.

Kelly says it was a morning he won’t forget.

"It was unbelievable. Good start to a Friday morning, good weekend starter, got us up, that’s for sure," he added.