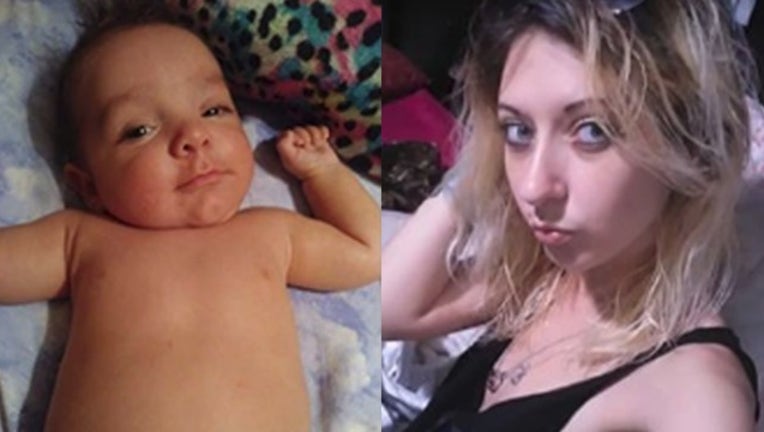 LEESBURG, Fla. (FOX 35 WOFL) - A Florida Missing Child Alert issued for 4-month-old Kaiden Nelis, of Leesburg, Florida, has been canceled.  Authorities with the Florida Department of Law Enforcement says Nelis has been located and is safe.

EARLIER: The FDLE says that Kaiden may be in the company of 29-year-old Jennifer Nelis.

Their last known physical location was at the Rodeway Inn, located at 1115 West North Boulevard in room 259. When officials arrived, they said the room was empty. Her husband pinged her phone, and the last known location was in the Buck N Doe area in Marion County.

Kaiden is described as 2 feet tall, weighs 13 pounds, and has brown hair and green eyes. He is smaller than the average 4-month-old since he is a premature baby, and his left foot turns inward. The FDLE says that they be traveling in a 2008 White Dodge Avenger, Florida tag number CDW8858.

Jennifer is described as a white female, 5’1 tall, about 100 pounds, with blonde hair and green eyes. She has a nose and eyebrow piercing. She also has a tattoo on her neck that says, “Jimmy,” a tattoo of four stars on her right shoulder blade, and a floral sleeve on her left arm from her wrist to her forearm.