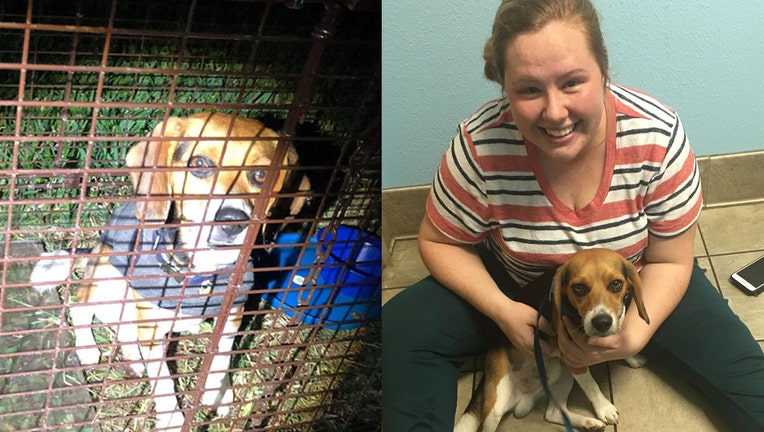 CLERMONT, Fla. - Thanks to the support and efforts of her community, a woman in a Florida town has found her missing dog after weeks of searching.

McKenzie Harrington told FOX 35 News that all began on December 26 in Clermont. McKenzie and her husband were visiting family in California when their dog, two-year-old Charley, escaped from their dog sitter's back yard. She said that there was a hole that he got out of that was just big enough for him to get through.

Within just a week or so, McKenzie said that there were over 1,000 people following Charley's Facebook page. Several hundred were searching for him, volunteering equipment that could help find him, and even donating to hire a trapper.

"I’m still in shock with the amount of community involvement we had," McKenzie said. "Clermont really came together to bring our little guy home and it was really because of everyone’s help that Charley’s story had a happy ending."

MORE NEWS: Pinellas man will sleep in Humane Society of Pasco County to raise money for the shelter

During the search for Charley, McKenzie told FOX 35 News that he was actually spotted several times a day but would bolt anytime someone got close. She said that "he ran so quickly and weaved in and out of houses so we’d lose eyes on him within seconds. It became apparent that no matter who was trying to lure him, he was so deep into survival mode that even us as his owners didn’t appeal to him- we were still seen as a threat to him. That is when we turned to a trapper."

The trapper taught the group tactics that would appeal to Charley’s basic sense of smell and capitalize on his need for food and water. Three traps were also placed in specific locations that dedicated searchers determined after studying Charley's path and habits. McKenzie said that the traps used were the same kind animal control and agencies use in humanely capturing domesticated animals. 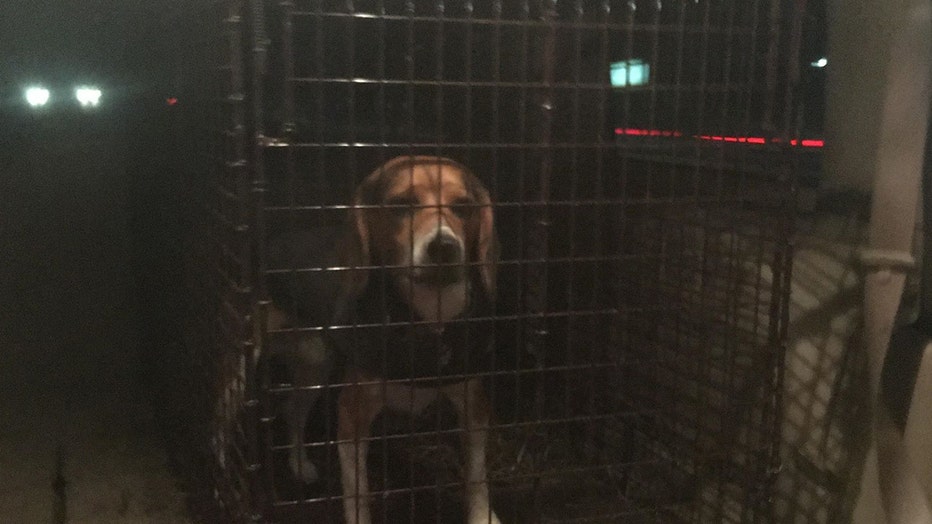 Finally, on January 15th and within 24 hours of placing a trap in the location that Charley visited most frequently, he was found and brought home. 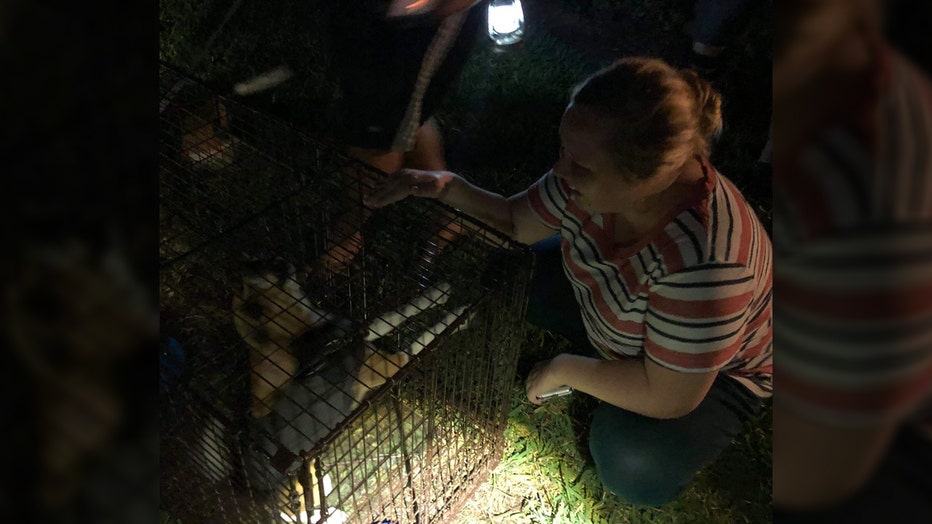 "We are on cloud 9 now that Charley is home with us," McKenzie told FOX 35 News. "We have always loved him, but now we treasure him. We find so much joy in simply watching him sleep and praise him for doing the smallest good deed. He is the sweetest boy and is now even sweeter. He snuggles more, has a stronger attachment to us and his sister Rosey, and is much more easy-going."

Having gone through this experience, McKenzie advises that other pet owners microchip their pets. Charley is microchipped, she said, so if he got picked up, they would have been notified as soon as they scanned his chip. She also said that it is smart to have a GPS tracker on your dog's collar. Microchips do not have GPS capabilities so having one on the collar can help find missing pets quicker.

McKenzie also wants to remind pet owners that you should not chase a pet who is in survival mode. She said it will "do more damage than good." 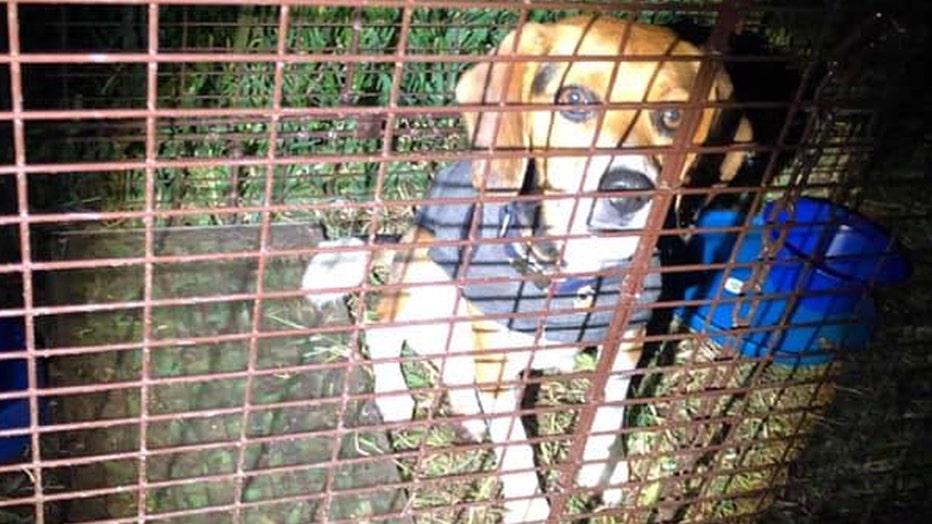 Finally, she said that if your dog struggles with anxiety like Charley does, purchase a 'Thundershirt.' He was wearing one when he escaped and McKenzie believes that it "protected him a lot from the elements, bugs, and even helped a ton with identifying him. When we got him to the vet, we took the shirt off and he was SO clean underneath it. We were amazed."

McKenzie is grateful for those in her community that helped find Charley.

"We are just so overwhelmingly grateful for all of the kind strangers and neighbors who showed us love and support during this journey," she said. "I have lived in many different states and have never experienced such a display of goodwill and community. We have only lived here in Florida for a year, and we’ve felt completely embraced by Clermont. We look forward to many happy years here." 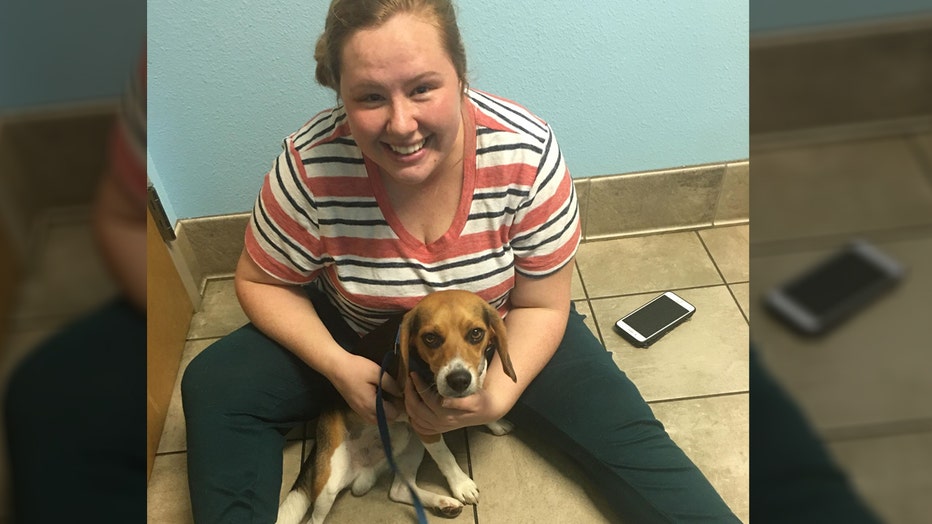 Charley will have a welcome home party at a Twistee Treat in Clermont on Saturday.