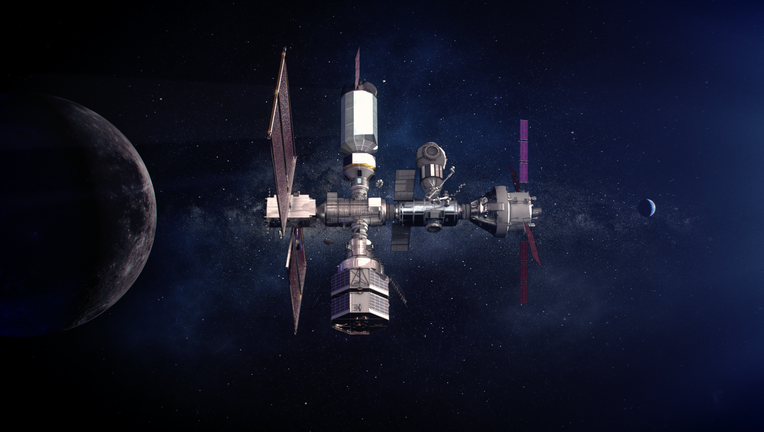 The Gateway will be an outpost orbiting the Moon that provides vital support for a sustainable, long-term human return to the lunar surface, as well as a staging point for deep space exploration. {Credit: NASA]

LAKE MARY, Fla. - NASA has announced partners that will help establish the foundational elements for what is known as the Lunar Gateway.

The Gateway will be the first long-term orbiting outpost around the Moon and is critical to supporting sustainable astronauts' missions under the agency’s Artemis program.

SpaceX will provide launch services for the agency’s Power and Propulsion Element (PPE) and Habitation and Logistics Outpost (HALO) for Gateway.

RELATED: NASA helps cement plan to return to the moon

A launch is slated no earlier than May 2024 on a Falcon Heavy rocket from Launch Complex 39A at NASA’s Kennedy Space Center in Florida. The total cost to NASA is approximately $331.8 million, including the launch service and other mission-related costs.

About one-sixth the size of the International Space Station, the Gateway will function as a way station, located tens of thousands of miles at its farthest distance from the lunar surface and will serve as a rendezvous point for Artemis astronauts traveling to lunar orbit aboard Orion prior to transit to low-lunar orbit and the surface of the Moon. From this vantage, NASA and its international and commercial partners will conduct unprecedented deep space science and technology investigations.