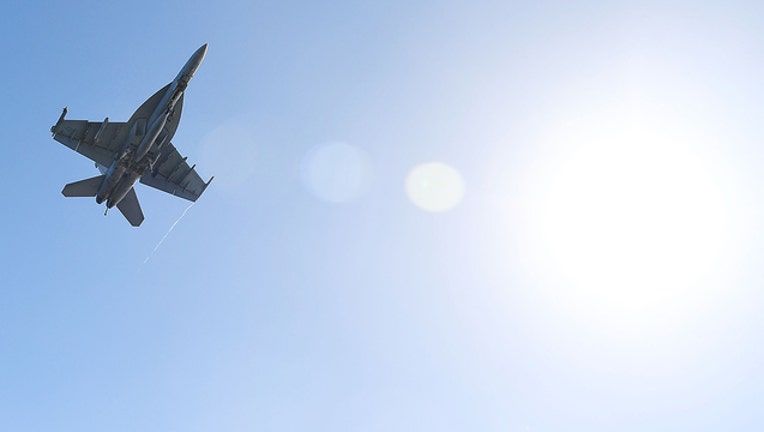 A US Navy Super Hornet flies over the deck of the USS Ronald Reagan on July 14, 2017 in Townsville, Australia. (Photo by Ian Hitchcock/Getty Images)

NAS JACKSONVILLE, Fla. (WOGX FOX 51) - If you hear some loud booms over North Central Florida in the coming week, the U.S. Naval Air Station in Jacksonville says it could be related to training exercises conducted by the Navy in the Ocala National Forest.

Navy training schedules indicate that live and inert bombing will take place at the Pinecastle Range Complex [Google Maps] Feb. 1-10, between the hours of 11 a.m. to 11 p.m.

"During bombing periods wildlife may be temporarily displaced. Use extra caution when driving through the Ocala National forest and surrounding areas," read a statement from NAS Jacksonville.  "Secure any items around your residence that could attract wildlife. Always be mindful of larger animals including black bears and practice bearwise measures."

During past exercises, noise from the bombings have been reported in Flagler, Lake, Marion, Putnam and Volusia counties.  The telephone number to file noise complaints is 1-800-874-5059, Fleet Area Control and Surveillance Facility, Jacksonville, Florida.