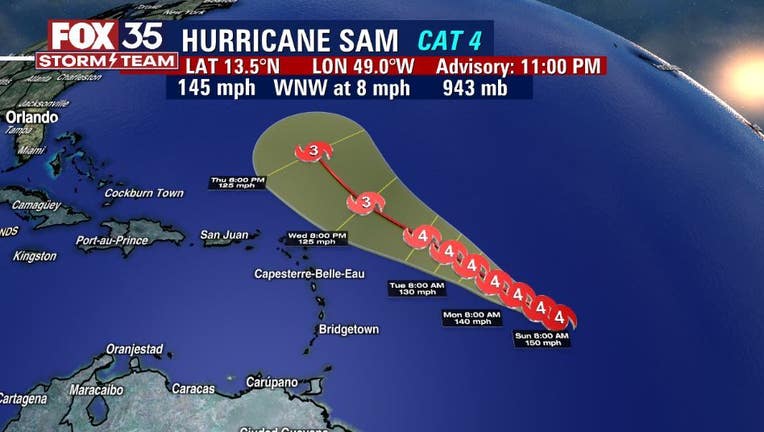 ORLANDO, Fla. - Hurricane Sam, which formed in the open Atlantic on Friday, is now a major Category 4 storm.

The National Hurricane Center said Sam is moving toward the west-northwest at 8 mph with maximum sustained winds at 145 mph. 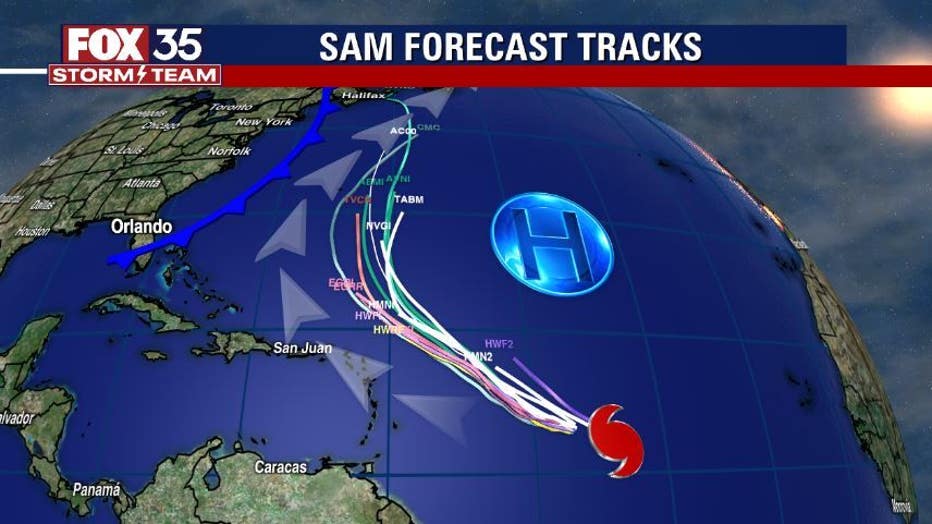 As far as impacts to Florida, Sam could cause some ocean swells at our area beaches but is expected to turn north and stay away from the state.

Sam is the seventh hurricane of the 2021 season. 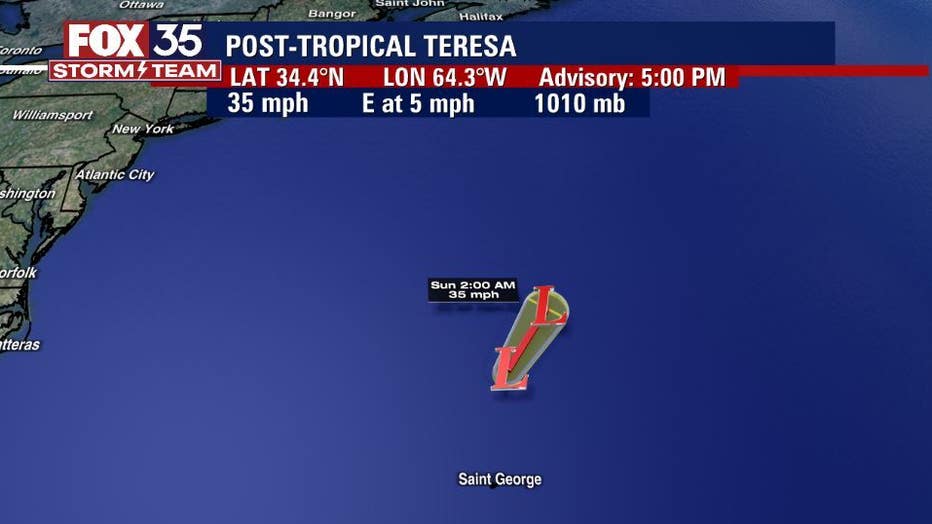 A tropical wave is expected to move off the west coast of Africa by the end of this weekend.

"Environmental conditions are forecast to be conducive for gradual development, and a tropical depression could form by the middle of next week while the system moves over the far eastern tropical Atlantic." 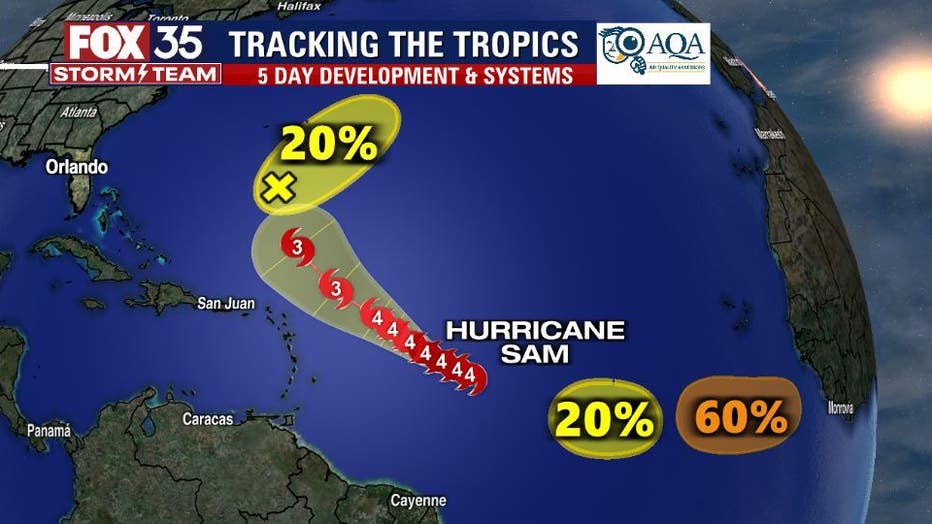 An area of disorganized showers and thunderstorms associated with the remnants of Peter is located several hundred miles south of Bermuda. Environmental conditions appear marginally conducive for slow development of this disturbance over the next few days as it moves northeastward. 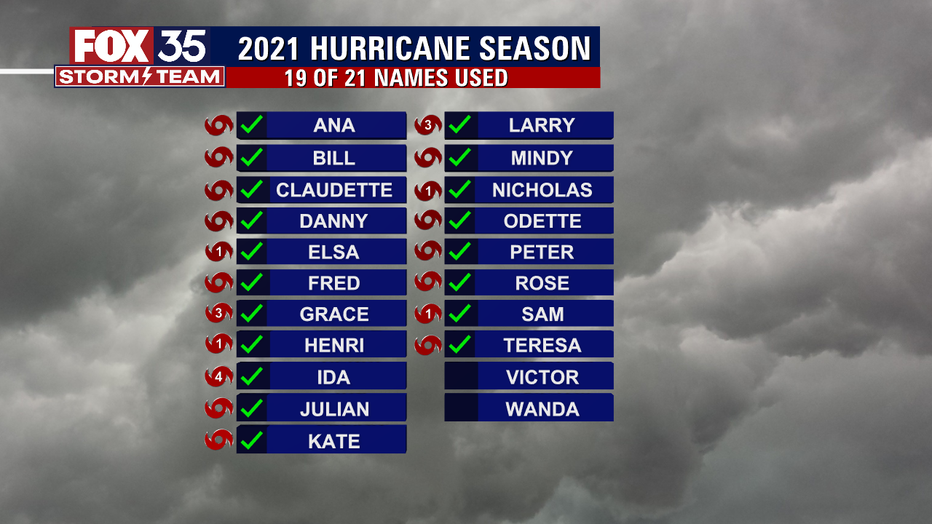 NOAA predicted 15 to 21 named storms are possible during the 2021 hurricane season, with seven to ten becoming hurricanes and three to five of those becoming major hurricanes, meaning Category 3 or higher.

There have been 19 named storms this season.  The next named storm will be "Victor."