ORLANDO, Fla. - If Tropical Storm Nicole makes landfall as a Category 1 hurricane as projected, it would be the first November hurricane to hit the U.S. in 37 years.

The last hurricane to make landfall in the month of November was Hurricane Kate, when the storm hit the Florida panhandle on Nov. 21, 1985 as a Category 2 hurricane. Kate came ashore near Mexico Beach, Florida with winds of 100 mph.

When Kate struck the Florida Panhandle, it became the first hurricane to make landfall in that area since Hurricane Eloise in 1975. Storm surge and flooding rains destroyed much of the oyster industry, causing many people to lose their jobs in the weeks after the storm, according to Wikipedia. 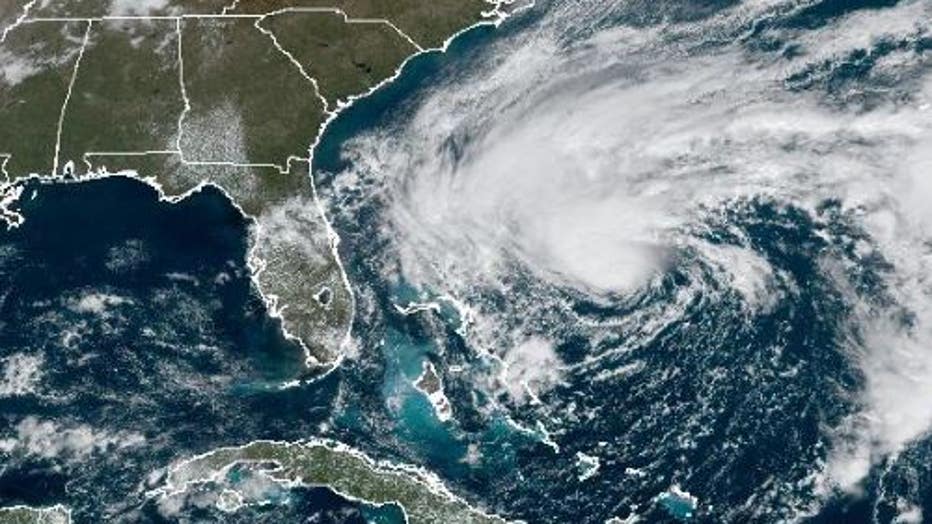 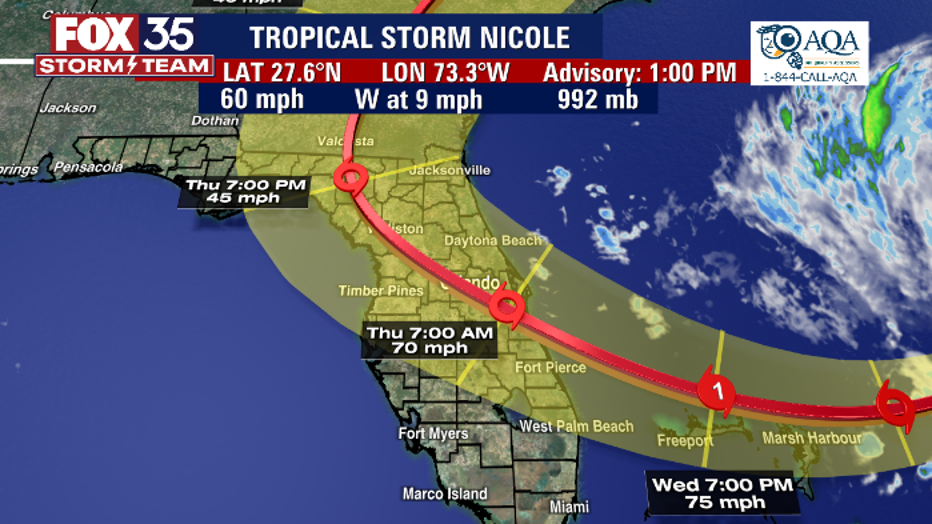 November is typically a slower month for hurricanes, but 2022 has proven to be unusual. Hurricane Lisa and Hurricane Martin both formed in the Atlantic within hours of each other earlier this month. This is only the third time on record that there have been two November hurricanes simultaneously in the Atlantic, according FOX Weather. The previous years were 1932 and 2001.

Neither Lisa nor Martin made landfall in the U.S.

Nicole could now be the third hurricane to form this month.

Phil Klotzbach, research scientist with Colorado State University, says if Nicole makes landfall as a hurricane, "it would be the latest calendar year hurricane to make landfall along the east coast of Florida on record."

According to The Washington Post, on average, only 7% of a season's storms take place after Halloween. But why is it so rare?

According to EarthSky, it's because of the "onset of cooler ocean temperatures and changes in wind shear in the Northern Hemisphere. These conditions are less favorable for the development of hurricanes."