One of Santa's little helpers needed some help from firefighters. An Elf on a Shelf fell off a ledge onto a hot lamp and burned its leg. Firefighters decided to use this a teaching moment about safety during the holidays.

On their Facebook page, the fire department recalled a tale about an "elf" that got burned because it was placed too close to a light.

They said that firefighters responded to a structure fire on Tuesday. Upon arrival, they found no flames but smoke filling the living room of a home. While searching for the source of the smoke, they found an 'elf on a shelf' next to a light. 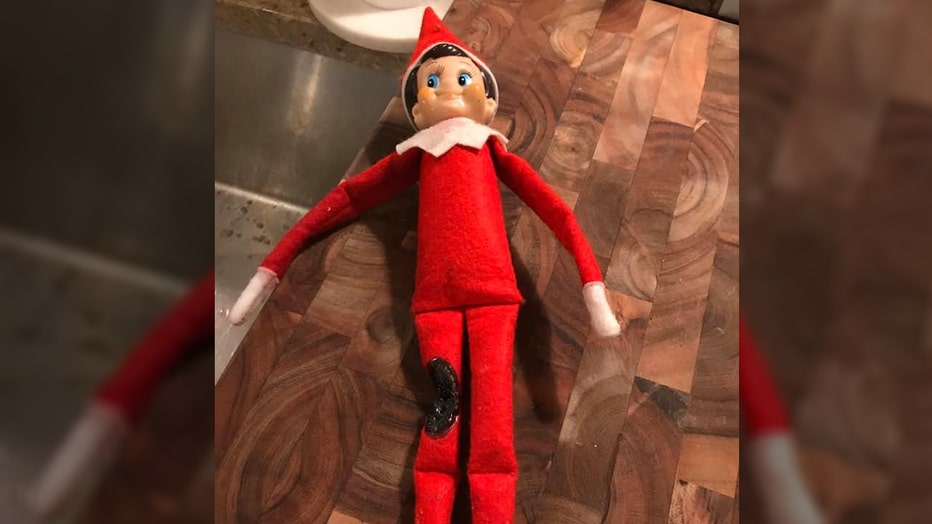 "An elf on the shelf making his way to higher land in order to keep a watchful eye had become stranded near a light," the fire department wrote.

RELATED: 61 percent of Americans dread the holidays because of spending, survey suggests

Firefighters said that they were able to rescue the elf and provide critical care. His leg was burned by the light.

According to the fire department, the elf chose to return to the North Pole while his leg recovered. Before doing so, he left a message of fire prevention that everyone should learn and practice.

"'If I could share a word with my fellow elves,' proclaimed Elf, 'it would be to be respectful of all lights. Both burning flames and shining lights emit heat that’s far too hot for our skin. As you keep a watchful eye on your assignment during Christmas time, please follow Ocala Fire Rescue’s prevention guidelines to keep you safe from harm,'" the fire department wrote.

RELATED: Though they are thousands of miles apart, military family unites for Christmas card

They recommend that adults, children, and elves keep a safe distance from all things that burn. They advise you keep a three-foot radius between you and anything that burns, including a fire, stove, heater, or light.