Teacher whose husband died of traumatic brain injury warns others

Brian Fronczek loved to play ice hockey, and punishing other players was his forte. But during his high school and college career, he took a lot of hits too.

ORLANDO, Fla. - Brian Fronczek loved to play ice hockey, and punishing other players was his forte. But during his high school and college career, he took a lot of hits too. Back then, nobody really paid attention to what was going on inside his head.

Years later, Christy says Brian developed brain problems that got worse and worse. Brian died after a seizure, last month, leaving behind Christy and their two sons. Christy says they're still processing the loss, but their community has rallied around them.

"It's so heartwarming that we're just encompassed by such an amazing support system of people we don't even know," she said. 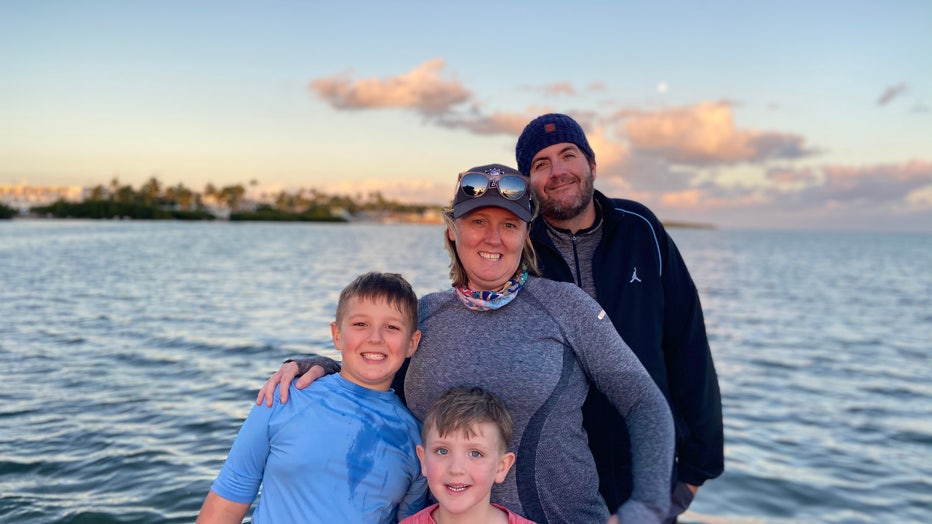 Now she's speaking out about traumatic brain injury, and the risks that students take participating in contact sports.

In Orange County, schools now educate coaches and athletes on the dangers of concussions. Students who sustain head injuries have to get medical clearance to get back on their teams.

"One of the types of concussion is an affective disorder where effect is affected, where their personality changes. That's something to be aware of, and also if your child is complaining of physical symptoms they don't typically have, headaches is one of them," said Dr. Matthew Antonucci, with Plasticity Centers.

Professionals say some sports are more prone to head injuries and concussions than others. For boys, they say the riskiest sports are football, wrestling, and ice hockey. For girls, it's soccer, cheerleading, field hockey, and lacrosse.

Orange County Public Schools has set up a fund to donate to the Fronczek family. You can find that HERE.