An Orlando man has been sentenced to 40 years behind bars for child sex crimes. Tyler Thompson was arrested in February of 2021 when deputies found the then 22-year-old with a 13-year-old in a motel room. The deputy that found her tells FOX 35 News the sentencing is gratifying.

ORLANDO, Fla. - An Orlando man who deputies say was found in a hotel room with a missing 13-year-old girl has been sentenced to 40 years in prison for dozens of child sex crimes.

Tyler Thompson will spend the next 40 years in Florida State Prison and was given 45 years of sex offender probation for 30 felony child sex crimes, including traveling to meet a minor and sexual battery on a person 12 or older but under 18. He will also be designated a sexual predator. 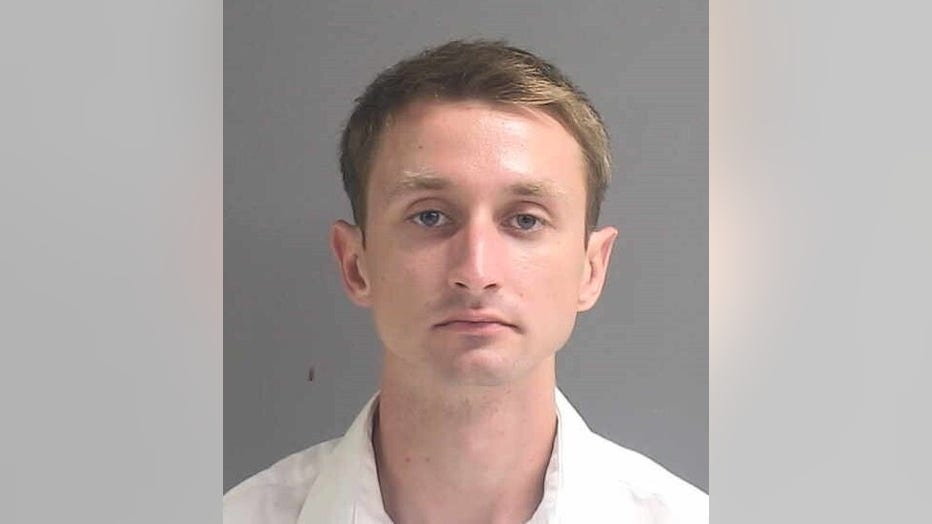 A deputy investigating the case recalled the search for a 13-year-old girl who was reported missing when she didn't show up to her basketball game after school in February 2021.

"Volusia County Sheriff’s Deputy Royce James learned from a friend of the victim that she was planning to go to a motel with an Orlando man she met online, whose name started with a ‘T’, possibly for Tyler," the sheriff's office said.

The deputy said the girl was picked up at general store in Oak Hill and brought to an area hotel. Investigators reviewing hotel records found that a man by the name of Tyler Thompson with an Orlando address checked in earlier.

"As soon they were let into the room the defendant had checked into, the victim ran toward Deputy James and gave him a hug."

"The sentence was a fitting end to an ugly and disturbing crime." State Attorney R.J. Larizza said of the case.