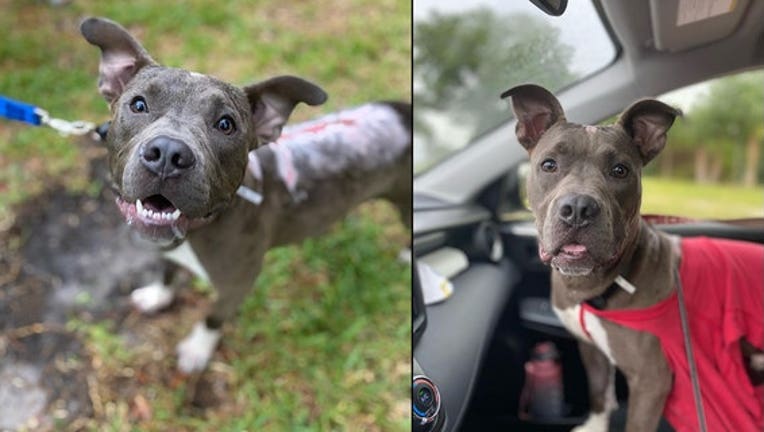 The 8-month-old puppy broke hearts across the internet after being found burned and thrown from a truck in Orlando.

The Pittie Party of Central Florida, who helped place Beanz in a temporary home, told FOX 35 News that the foster family taking care of him decided they don't want to let him go.

"Beanz’ foster decided today that they would like to adopt him," the rescue said Monday.

The rescue said they had numerous adoption applications come in after Beanz's heartbreaking story went viral, but that foster families get the first choice.

Beanz suffered horrific abuse in his young life after the rescue says he was found in June in bad shape after suffering from chemical burns and thrown out of a vehicle in Orlando.

He was reportedly covered in road rash and third-degree burns down his entire back.

The rescue has been providing updates on Beanz on its Facebook page, with the most recent showing him enjoying a sunny day in the pool at his foster mom's house.

"Beanz wants everyone to know he is officially living his BEST LIFE! A few weeks ago he was known to most of you as our little burn baby... but now he is the happiest boy alive and loves to swim in the pool! He loves relaxing on a floatie... or on top of his foster mama!"

So far, the person who abused Beanz has not been found.