A few passing showers are expected over the next couple of afternoons but drier and slightly cooler weather is just on the horizon.

Main weather concerns: Rain chances ease up even more on Wednesday. Coverage there stands at 30% or so for the PM, coastal areas also have similar rain chances. The highest potential will be inland after 2 p.m. Main storm threats appear to be heavy rain and lightning in some of the stronger storms.

BEACHES:
Beachgoers will be met with sun and clouds, possibly passing showers at any time but, chances look rather low-near 30% or less. Should a rogue storm develop, heavy rain and lightning will be an issue.

Rip current risk is high now. Long period swell from major Hurricane FIONA continues building into the local coastal waters. Surf build a bit today in increasing East-Southeast swell. Surf heights: 2-3', building a bit late in the day and for the rest of the week. Surf peaks Thursday at 5-7' in FIONA swell.

THEME PARKS:
Humid again with partly to partly cloudy skies. Stay hydrated and take breaks inside the a/c. The best chance for rain is between 3 pm-8 pm. Heavy rain and lightning will be likely, lightning remains a threat as well. 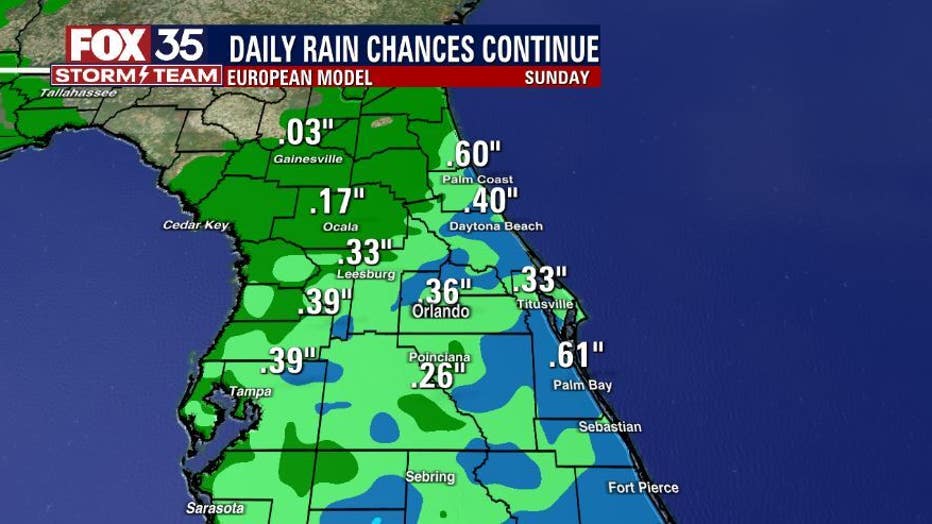 EXTENDED OUTLOOK:
Rain chances are on the fall for the remainder of the week. Down to 30% or less in all locations. The weekend looks fairly dry as well with similar rain chances and a bump in the Northeast breeze.

TROPICS:
Hurricane Fiona is now our first major hurricane of the 2022 season and bearing down on the Eastern Turks and Caicos (Southeast Bahamas). The official forecast track from the NHC is one that takes Fiona into the pen Atlantic well East of the U.S. coastline. Tropical Storm Gaston has formed in the open Atlantic and will pose no threat to Florida.

A new tropical wave has formed east of the Windward Islands, classified by the National Hurricane Center as Invest 98-L. There is now a 90% chance that this wave will become more organized over the next five days.  If it becomes a named storm, it will be called Hermine.  Some long-range models indicate that this system will strengthen as it crosses over the Caribbean Sea, and it could enter the Gulf of Mexico next week, possibly posing a threat to Florida. This is one system we will want to watch in the coming days. 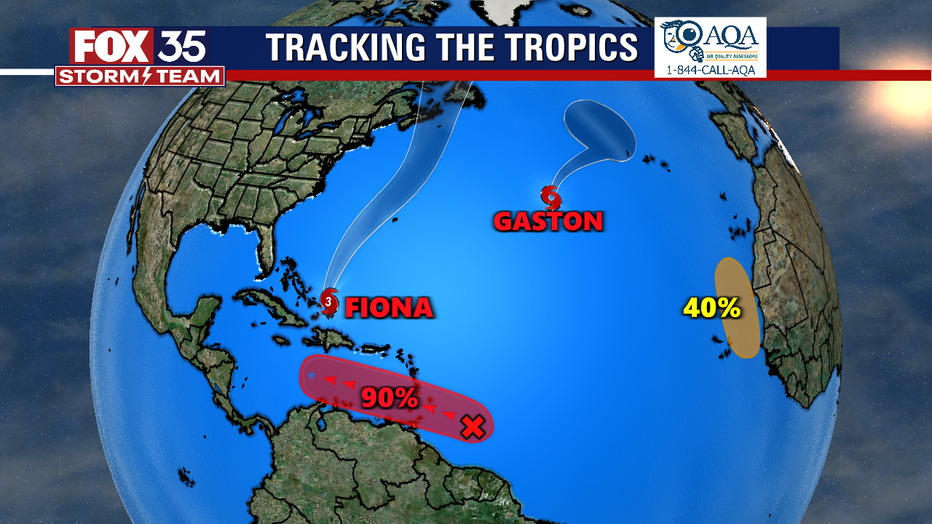 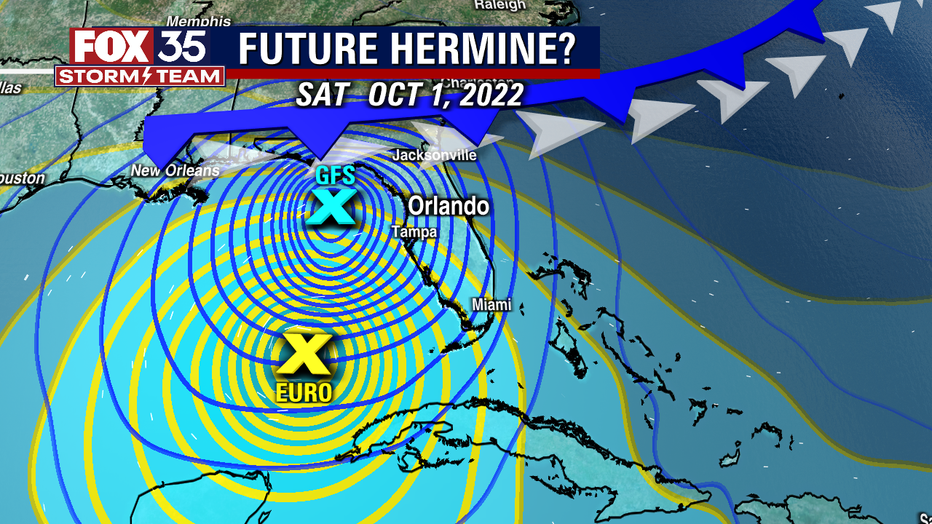