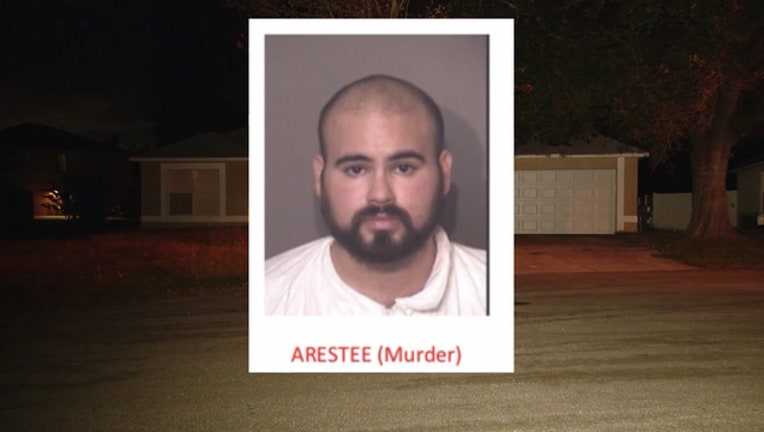 KISSIMMEE, Fla. (WOFL FOX 35) - A man has been charged with murder in the Christmas Day shooting death of a neighbor near Kissimmee.

According to the Osceola County Sheriff's Office, deputies were called to the scene of shots fired on Montclair Way where a woman told them her boyfriend, 38-year-old Robert Hugh-Patrick Gray, had been shot by an unidentified man.

Still on the scene was 24-year-old Jonathan Velasquez, who told the deputies he had heard arguing coming from a neighbor's home.  Fearing that the argument would escalate into something worse, he said that he went upstairs of his house and got a gun.   When he got outside he saw a woman in the neighboring yard slap a man and go back into the house.

He then went to the neighbor's property to confront Gray.  He said when Gray approached him he fired a shot and Gray fell to the ground.    Gray was transported to Poinciana Medical Center where he died.

Velasquez was arrested and booked into the Osceola County Jail.