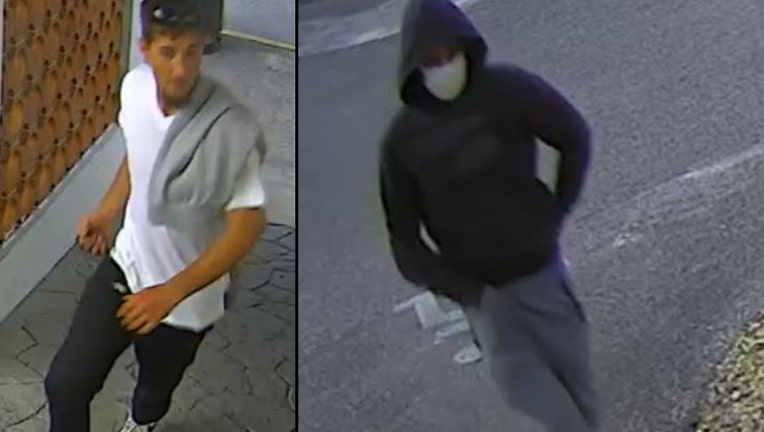 DELAND, Fla. - Investigators continue to search for a suspect accused of beating a disabled man in an unprovoked attack this week in DeLand.

Police say the 43-year-old victim told them he had been robbed at a business at 120 East New York Ave. on Sunday evening and was attacked by a suspect with brass knuckles.

According to police, a security video camera shows two men -- one who was wearing a white T-shirt and dark pants and another wearing a dark hoodie and gray sweatpants -- approach the victim. The man in the white T-shirt reportedly began punching the victim multiple times and the second suspect approached the victim and rummaged through his pockets.

MORE NEWS: Palm Coast man sentenced to 50 years in prison for the murder of his mom

The suspects reportedly ran off with the victim's car keys and cash.

The victim was admitted to AdventHealth DeLand to be treated for his injuries and was later released.

Anyone with information is asked to call Detective Anthony Bota at 386-626-7422 or submit an anonymous tip HERE.